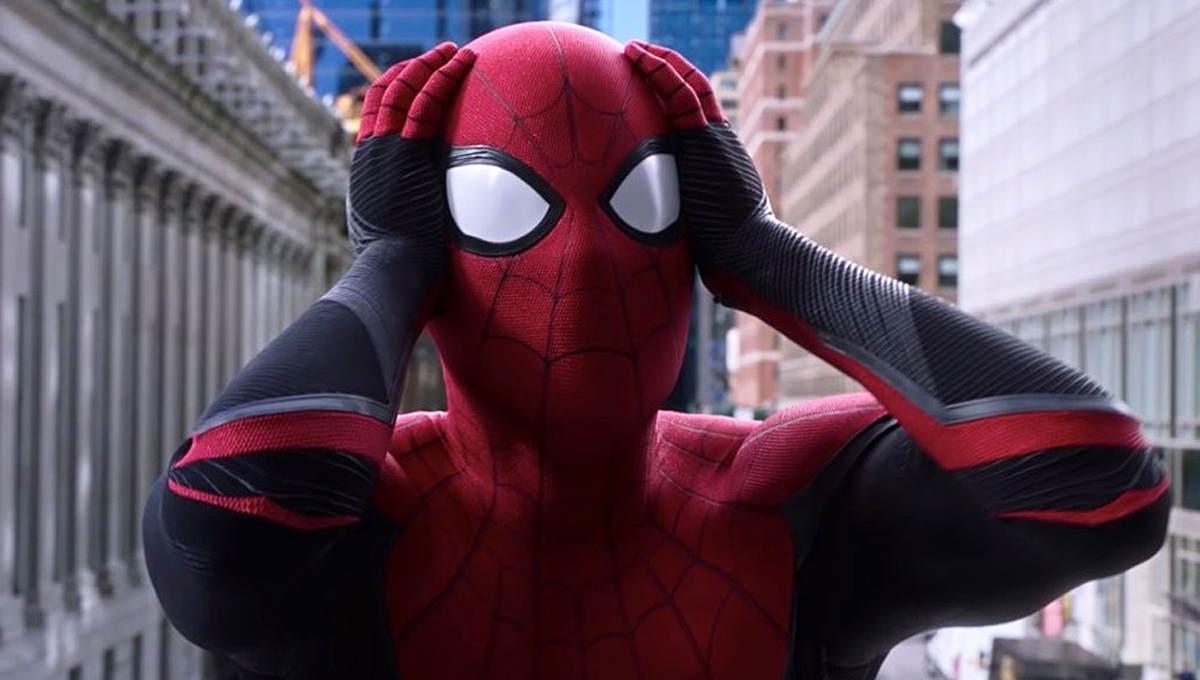 This article contains one spoiler for Marvel’s Spider-Man: No Way Home, and heavier spoilers for the Disney+ series Loki and What If…?

Marvel Studios released a first teaser for Doctor Strange in the Multiverse of Madness at the end of Spider-Man: No Way Home, and there was a lot to unpack! Benedict Cumberbatch is back as Stephen Strange in the sequel, which has now shifted release dates and will finally arrive on May 6, 2022, all things being well.

Doctor Strange in the Multiverse of Madness takes place in a post-Avengers: Endgame world where the multiverse has been opened up following the game-changing events of Marvel’s Loki TV series. In that show, the reformed God of Mischief and an escaped Variant version of himself, Sylvie, tracked down the man responsible for overseeing and manipulating the “sacred” single MCU timeline, and Sylvie eventually killed him. This apparently kickstarted the multiverse again and allowed infinite universes to emerge, and many of these were then explored in the animated show What If…?.

Be assured that there will be no further spoilers about Spider-Man: No Way Home in this article outside of pre-release marketing materials, and you should be able to proceed safely from here on in, if you so wish.

Alright, let’s get into it…

The Multiverse Is Broken

The first teaser trailer for Doctor Strange in the Multiverse of Madness starts with dialogue from Spider-Man: No Way Home playing over some ominous shots of candles blowing out in the wind and Stephen’s reflection in a shattered watch. We’re reminded of Wong warning Strange not to cast the forgetting spell for Peter Parker in No Way Home, and Strange later telling Peter that they know “frighteningly little” about the multiverse – all stuff we’ve seen in No Way Home’s trailers so as not to spoil that movie for anyone who ends up randomly seeing this Doctor Strange 2 teaser on their social media feed, which is very thoughtful. Thanks, Marvel!

From there, we see Strange rush outside the Sanctum Sanctorum to take a look at the state of New York City, and it’s not good. Not good at all. In fact, it’s a close recreation of what happened when Strange went to the dark side in episode four of Marvel’s animated Disney+ series, What If…? More on that later!

At this point in the teaser, Benedict Cumberbatch’s voice takes over again, as he tells us that “it was the only way” but that he “never meant for any of this to happen” as we see some quick but important shots. First, there’s a glimpse of Wanda Maximoff in civilian clothes about to use her magic, then we see Christine Palmer walking down the aisle in a wedding dress.

Is Strange the groom-to-be? If you’re eagle-eyed, you may have caught what looks like Dr. Nicodemus West (Michael Stuhlbarg) standing at his side in this scene. West was a colleague at the hospital Stephen and Christine worked at in the first Doctor Strange movie. It feels unlikely that in this reality Strange would have anyone but Wong as his best man, doesn’t it? Hmm, perhaps this is another partial origin story for Strange Supreme, and not the Stephen we’ve gotten to know in the MCU thus far? We’ll get to that, but for now… onward!

We next see America Chavez (Xochitl Gomez) in her distinctive star-adorned denim jacket as she makes her way into a rundown temple, possibly an abandoned Kamar-Taj. She and Wanda are later seen behind Strange as he opens a mystical doorway to another dimension, and America also features later in the trailer when Strange splits a bus in half to save them.

At this point you may have stopped nodding; perhaps asking yourself the question “wait, America who?” Don’t worry, you didn’t miss anything, America is a brand-new addition to the MCU, leaping off the pages of Marvel Comics like so many superheroes have before her.

She’s a talented teen, and in the comics she was raised in a pocket dimension before joining the Young Avengers. Her powers include flight, super speed, super toughness, and strength, but its her multiversal powers that will be essential in Doctor Strange in the Multiverse of Madness, because America can also create portals that allow people to jump between realities. She can see the breadth of the multiverse, too, which should come in handy!

We wrote more about America right here, and why she’s such an important addition to the MCU in its truly multiversal Phase 4.

Post-WandaVision, Wanda Maximoff aka Scarlet Witch appears to be living in a lovely countryside cottage surrounded by blossoming trees that she’s maintaining when Stephen rocks up wanting a word with her.

When we last saw Wanda, she was tapping into her Chaos Magic (and Agatha Harness’ Darkhold) to explore her powers, and had heard the voices of her make-believe children, Billy and Tommy, crying out to her. Wanda doesn’t seem to be on a quest to meet up with them when we catch up with her here. In fact, she is the most at-peace we’ve seen her since she was introduced to the MCU back at the end of Captain America: The Winter Soldier.

“I made mistakes,” Wanda tells Stephen pre-emptively. “And people were hurt.” But if Wanda thought that Strange had paid her a visit to scold her, she was wrong. “I’m not here to talk about Westview,” he says, referring to the entire town she kept prisoner in a magic bubble when she was grieving the loss of her lover Vision in WandaVision.

No, Stephen needs Wanda’s help, so it’s time for her to suit up again, get back into the Avenging game and pitch in to right some multiversal wrongs with Doctor Strange and America Chavez. Later, we see Wanda in her new Scarlet Witch outfit in the midst of casting a spell.

Yep, Chiwetel Ejiofor is back as Karl Mordo in the forthcoming sequel, reprising the role from Doctor Strange. Mordo is clearly still pissed off at Stephen and all the other sorcerers in world for their mere existence, so we can’t imagine he’ll be too happy to see multiple Stranges running around causing havoc in Multiverse of Madness!

Mordo, who has a new, longer haircut and an upgraded outfit, tells Stephen that he’s sorry, and that he hopes he’ll understand. Images of Strange, Wong and Kamar-Taj under attack play out and a big fight with Gargantos is teased. We also see the pair approaching a whirlpool in space-time via the Sanctum.

“The greatest threat to our universe is YOU,” Mordo declares.

Oh, blimey. It looks like he means none other than villainous Variant Strange Supreme, because OH LAWD HE COMIN, along with more devastating Phase 4 carnage!

Alright, let’s get back to what we learned in Marvel’s What If…? so we can understand why Variant versions of Doctor Strange are a real problem for the multiverse. You see, it turns out that other Stephen Stranges aren’t quite so restrained when it comes to wielding their escalating powers.

In “What If… Doctor Strange Lost His Heart Instead of His Hands”, we were introduced to a Variant Strange from another universe – one who had lost Dr. Christine Palmer (Rachel McAdams) in a car crash and set out on a quest to reverse her death. Stephen’s path to Sorcerer Supreme included some extra steps in this reality. He still travelled to Kamar-Taj and learned the Mystic Arts from The Ancient One, and acquired the Eye of Agamotto, but he used it to try and save Christine instead.

Unfortunately, it didn’t matter how many times he attempted to alter the timeline: Christine perished over and over, so Strange started using power from the Dark Dimension and absorbed mystical beings until he became Strange Supreme and tore reality apart completely. We see that in Doctor Strange in the Multiverse of Madness, reality will start to crumble once more, and it looks like Strange Supreme is to blame. That power-hungry rascal!

“Things just got out of hand,” this twisted live-action take on Strange Supreme confirms at the climax of this teaser trailer. Oh no! Was he the one who married Christine in his reality, lost her, and then went Beast Mode on the multiverse? We’ll have to wait and see.

We certainly weren’t expecting a What If…? crossover in Doctor Strange in the Multiverse of Madness, but if the rumors surrounding the movie’s reshoots are true, Strange Supreme might not be the only character from the animated series who pops up in live-action!

Want to dig deeper into the Marvel Cinematic Universe? Please consider subscribing to Marvel Standom on the Den of Geek YouTube channel, where we dish out weekly episodes on all the new Marvel TV series, trailers and movie releases. If YouTube’s not your thing, you can listen to Marvel Standom on Spotify and Apple, too.