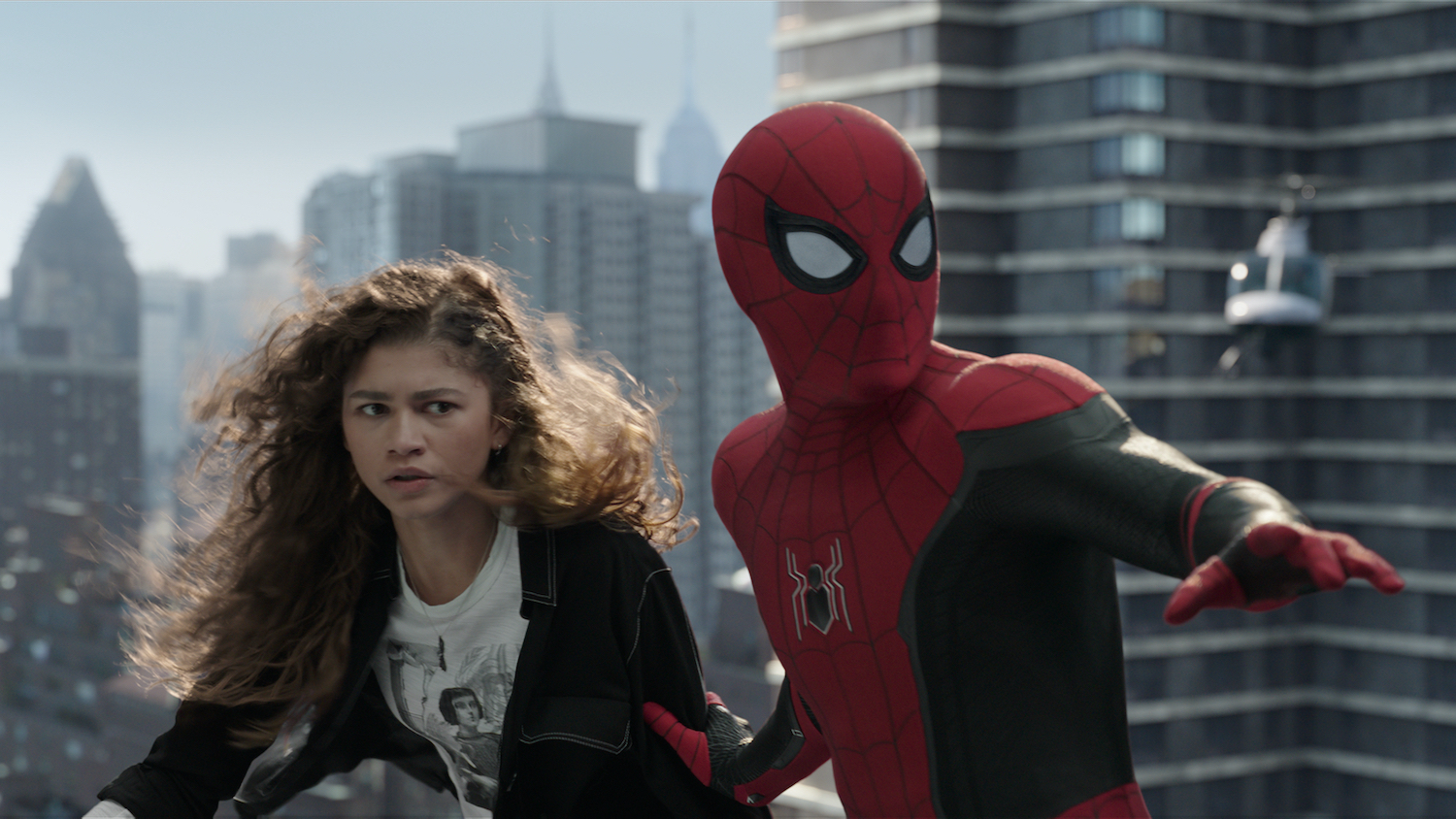 It appears reports of the COVID pandemic dampening audiences’ appetites for going to the cinema were greatly exaggerated. At least they were if your movie stars Spider-Man and a collection of his greatest on-screen rogues. Indeed, one imagines Sony executives are pinching themselves this weekend as the choice to do a live-action Spider-Verse movie has resulted in the Spider-Man: No Way Home box office topping an estimated $253 million and counting in the U.S. alone. As the old Chad Kroeger song in the 2002 movie said, “And they say that a hero could save us!”

This number, which comes from Sony, makes a rightful mockery out of Sony’s lowball projection going into the weekend, with the studio previously trying to tamper expectations down by forecasting the movie to only gross $130 million in its opening weekend. Of course even that number would’ve been a feat because no film has opened above the coveted $100 million domestically since Star Wars: The Rise of Skywalker two years ago.

While there have been close calls, such as Sony’s own Venom: Let There Be Carnage grossing $90 million back in October, and Marvel Studios’ own Black Widow topping $80 million in July (a figure that would’ve likely been bigger if the film had not been made immediately available on Disney+ with a surcharge, and on pirating sites without one), the truth is many began wondering if there was $100 million ceiling on the box office for long as the pandemic persisted.

And yet, Spider-Man: No Way Home blew past all those qualifications and even the most rosy industry projections to open bigger than any other film without Avengers in the title. Yes, Spider-Man: No Way Home’s $253 million figure surpasses the once record-breaking $247.97 million debut of Star Wars: The Force Awakens, and falls behind only Avengers: Infinity War and Avengers: Endgame, which respectively took the record of highest opening in back to back years with $258 million and $357.1 million.

Spidey’s equally impressive debut, which is surely cause for celebration for theatrical exhibitors across the continent, comes at the end of a year that until now has failed to see business return to “normal,” at least as defined by 2019 standards. To date, adult-skewing dramas and spectacles have continued to underperform, from Steven Spielberg’s critically beloved West Side Story to more speciality-targeted wide releases like Edgar Wright’s Last Night Nigh in Soho. This same exact weekend, Guillermo del Toro’s slow boil—but incredibly satisfying—noir, Nightmare Alley, followed a similar trajectory by grossing less than $5 million despite generally positive reviews.

Ridley Scott infamously decried this trend and the failure of his would-be (and genuinely underrated) epic, The Last Duel, on millennials only wanting to look at their smartphones. More recently, one of the stars and co-writers of that movie, Ben Affleck, said he suspected The Last Duel could be his last theatrically released film because he’s done with “IP Movies.” Referring to intellectual property, Affleck isn’t wrong to notice that the successes breaking through the reticence of pandemic anxiety have all been sequels, remakes, or expansions of a larger “cinematic universe” (read: familiar IP): Venom, Shang-Chi, F9, Dune, and No Time to Die which (for now) is the biggest international success of the year.

Spider-Man: No Way Home continues that tradition while also obliterating the curved expectations created by the pandemic, which is all the more startling when one realizes audience anxiety is up, along with infection rates, in the U.S. due to the emergence of the Omicron variant of COVID-19.

Even so, anxieties about COVID appeared to matter little to both younger and even traditionally more reluctant older audiences who turned out in force for Spidey and left so satisfied that the industry pollsters CinemaScore have pegged the film as receiving an “A+” among audiences—their highest score and the first time it’s been achieved by a live-action Spider-Man movie.

Spidey is of course one of the most popular superheroes in the world, with his very first film way back in 2002, the Tobey Maguire-starring Spider-Man, being the first film to ever cross $100 million in North America. Spider-Man 3 also briefly held the opening weekend record back in 2007 as the first picture to debut above $150 million.

While No Way Home did not quite take the opening weekend record, in a post-Avengers world, it turns out combining nostalgia for all eras of cinematic Spideys—with characters from the Maguire, Andrew Garfield, and Tom Holland tenures in the role all making appearances in the new movie—is as big as Star Wars. This is phenomenal news for the franchise and Sony, and perhaps also phenomenal news for those would like to see more than just the Holland universe expanded upon…

And now, barring some modest competition from The Matrix and Kingsman franchises (which both have low-tracking continuations opening next week), Spidey has a long happy holiday frame to spin a very impressive web into next year.