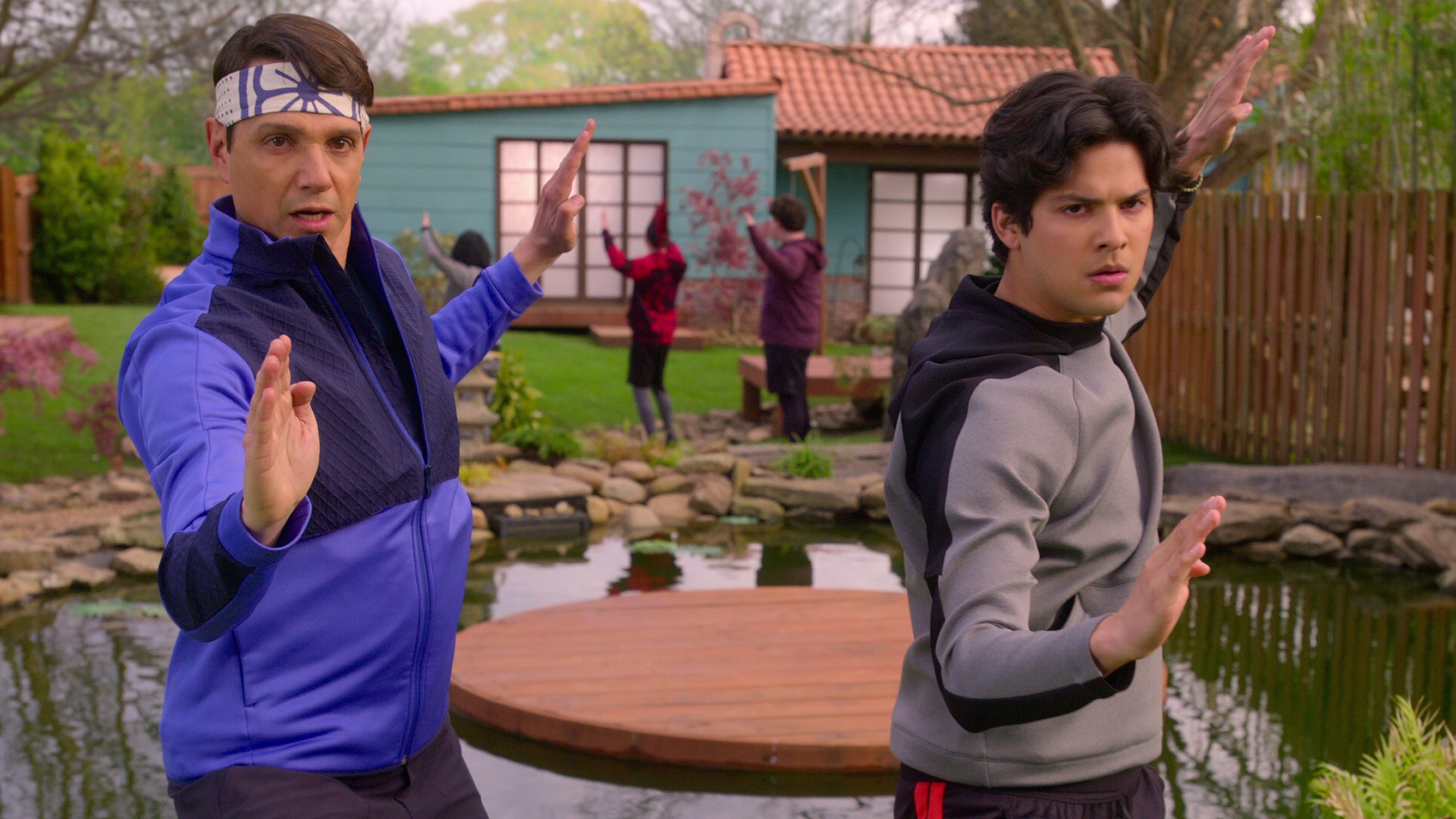 Last September, Sony Pictures TV renewed their contract with the creators of Cobra Kai – Josh Heald, Jon Hurwitz, and Hayden Schlossberg. The deal with the trio’s production imprint, Counterbalance Entertainment, runs for four years and even includes the possibility of expanding the Cobra Kai/Karate Kid universe with fresh spinoffs.

In light of that fresh ink and in advance of the long-awaited Cobra Kai season 4, Den of Geek chatted with Heald and Hurwitz about the future of the franchise, and what Karate Kid films will continue to be in the Cobra Kai canon.

“We call it the Miyagi-verse,” Heald says of the Karate Kid world. “It’s a ginormous universe. But it all began with one movie.”

Beyond the original four films, other Karate Kid properties include the 2010 redux, starring Jackie Chan (Mr. Han) and Jaden Smith (Dre Parker) and an overlooked Saturday morning cartoon series that ran for 13 episodes back in 1989. It would be a stretch for Cobra Kai to include the cartoon series within its canon because it had a lot of fantastical elements like magic. The best homage might be a well-hidden Easter egg, but the cartoon is largely forgotten and rightly so. It wasn’t very good.

As for the 2010 Karate Kid, however, a Jackie Chan cameo would be a major coup for Cobra Kai. And as for Jaden, his father Will Smith is an executive producer on Cobra Kai. According to Heald, should Jackie Chan and Jaden Smith ever appear in the Netflix series, it would not be as Mr. Han or Dre.

“The Karate Kid [2010] does not take place in our universe,” Heald says. “The actor [Jackie Chan] exists in our universe. But these characters in that storyline are not something that does have overlap.”

Cobra Kai cited the two sequels with appearances by Chozen (Yuji Okumoto) and Kumiko (Tamlyn Tomita) from The Karate Kid Part II last season, and the highly anticipated return of Terry Silver (Thomas Ian Griffith) from The Karate Kid Part III for season 4. However, there was a fourth film, The Next Karate Kid, where Mr. Miyagi (Pat Morita) took on a new pupil, Julie Pierce. Pierce was played by Oscar-winner Hilary Swank in her breakout starring role.

“The Next Karate Kid is very much in the canon of our universe,” Heald reveals. “It’s a movie that encompasses a continuation of the events of Mr. Miyagi’s life.”

This is a tantalizing teaser for fans. Miyagi was the only character carried over from the first three films so there’s a large cast of Next Karate Kid characters for future seasons Cobra Kai to play with, including the psychotic school security leader Colonel Paul Dugan (Michael Ironside), his psycho student Ned Randall (Michael Cavalieri), and well as Julie’s love interest Eric McGowen (Chris Conrad).

Despite endless possibilities, the creators claim they do have an endgame for Cobra Kai.

“We know where we want to end up,” Hurwitz says. “And it’s going to be a discussion amongst ourselves and with our partners, Sony and Netflix to talk through. We haven’t had those endgame conversations yet with them.”

Heald elaborates. “The best stories are those that have a beginning, middle, and end and aren’t ones that overstay their welcome and just kind of mark time and wait to fade out. We’ve always long desired to end the series on our own terms when the story has reached that point. We’re not at that point yet.”

Season 5 is already in production but the fate of season 6 is unknown. “I think everyone knows that we’d like to go beyond our fifth season,” Hurwitz says. “Because everyone who has read has the materials and they’ve been watching the footage, and everything’s approved.”

As for the more immediate future, Cobra Kai season 4 is focused on The Karate Kid Part III.

“We can’t wait for people to see Terry Silver finally returning to our world,” Hurwitz says. “And we can’t wait for everyone to meet our new characters and can’t wait for them to see this All Valley Tournament which we think is the most spectacular kick ass All Valley that there’s been to date. So December 31 can’t come quickly enough.”