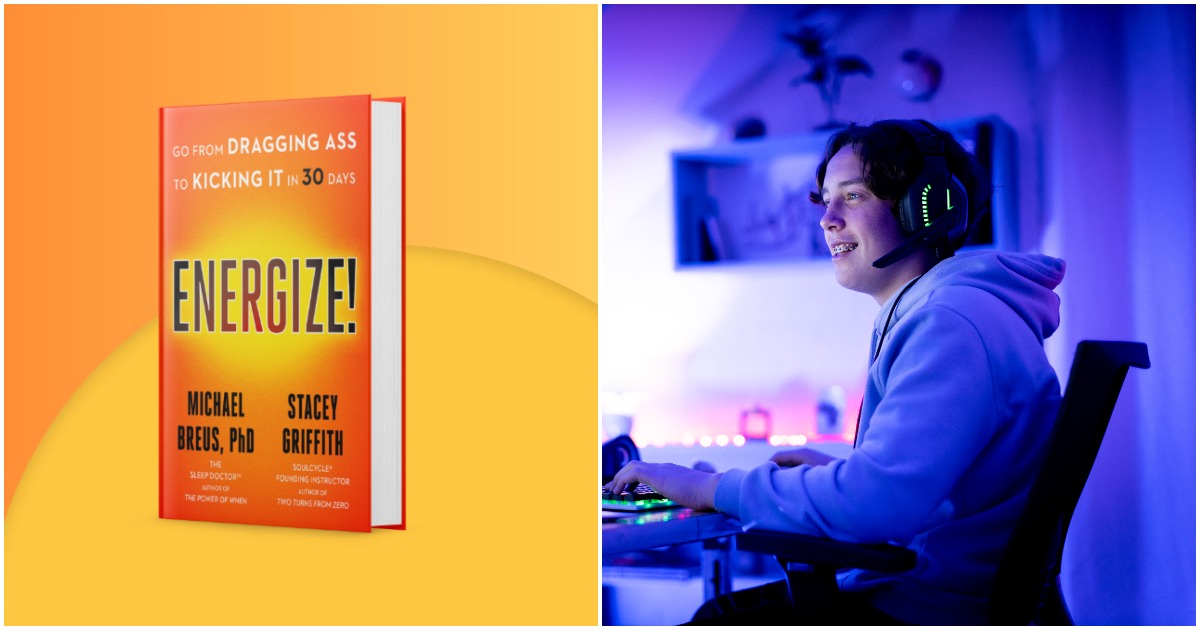 “Gaming late at night and/or close to bedtime is likely to be mentally and physically stimulating and counterproductive to sleep. Keep games out of your PowerDown Hour before bed,” Dr. Breus writes. “You’ve heard me talk a lot about the impact of bright, artificial nighttime light on sleep. Gaming at night in front of a brightly lit video screen can have significant effects on the body that make it harder to fall asleep, and change sleep patterns.”

Read more in his blog post about the impact of sleep on gaming. Dr. Breus’ new book Energize! here.

Forget about Pandemic or Spider-Man records, Spider-Man: No Way Home had one of the biggest opening weekends of any movie ever.

“Spider-Man: No Way Home was always going to make a lot of money. Pandemic aside, folks have been chomping at the bit to see this movie for two years, both because they like Tom Holland and because it’s mining that nostalgia by bringing back old cinematic villains—some beloved, some not so much, and also Sandman—for another round of CG superhero spectacle. Well, that and folks want to know if the movie does the thing.”

“I can always watch Die Hard. Say it’s the Saturday after Thanksgiving. There are enough leftovers in the fridge to keep me eating turkey until the end of time, and I want something seasonally appropriate but not gratingly festive to watch: Die Hard it is. Or maybe it’s mid-December, the radio is jamming Christmas carols from dawn to dusk, mall Santas are starting to look like sociopaths, and I need something to take the edge off: Bruce Willis is here to help.”

Christmas flick Scrooged was a crucial factor in getting legendary comedian Bill Murray to return to the big screen after a hiatus from acting.

“Since the publication of Charles Dickens’s A Christmas Carol nearly 200 years ago, the story of Ebenezer Scroogehas become familiar fodder for adaptations of all sorts—from ballets to operas to a mime performance by Marcel Marceau. But Richard Donner’s film adaptation, Scrooged, has one thing that sets it apart: Comedy.”

Hollywood has increased their deaf representation dramatically in recent years, but Only Murders in the Building takes it to another level with this brilliant episode.

“An unsuspecting boy lies on the floor of his father’s home in apartment 6B in New York City’s Arconia building. The sounds are muffled. His father, Teddy, beckons him, holding up a record.’I wish you could hear this,’ Teddy says, placing headphones on his son, Theo — a futile test if he can hear anything. Theo doesn’t respond as his dad raises the volume higher, signing in American Sign Language (ASL) and mouthing the lyrics with aggressive desperation as if he could make him hear by force. Teddy immediately regrets this and apologizes to Theo profusely.”

Kingdom Hearts, the Japanese dub of Frozen, and more voice actor Sayaka Kanda has passed away at age 35.

“On Saturday, Japanese actress Sayaka Kanda was discovered dead at around 1 p.m. in Sapporo, Japan. That day, Kanda had been scheduled to perform the role of Eliza Doolittle in a matinée performance of My Fair Lady, but citing an illness, her stand-in assumed the role.”