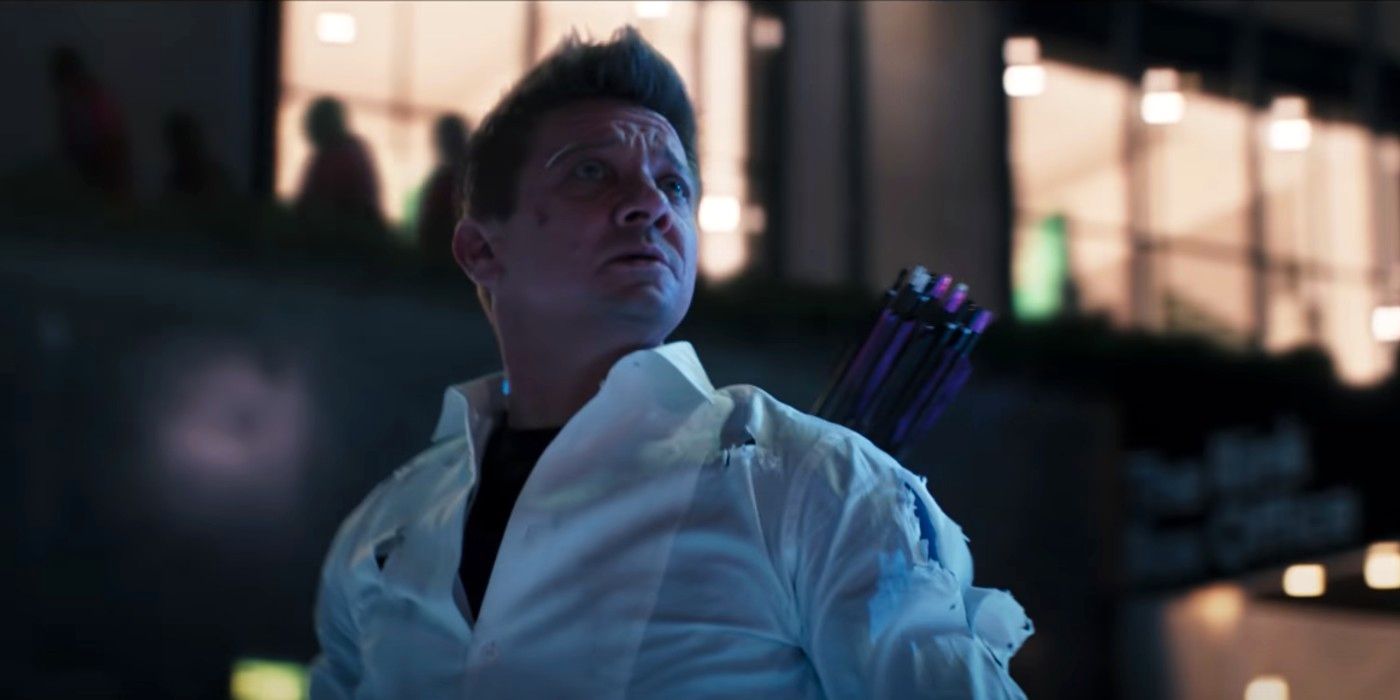 With 2021 grinding to a halt, Marvel Studios had one final gift to offer fans of the Marvel Cinematic Universe in the form of its Hawkeye finale on Disney+. The episode, entitled “So This Is Christmas”, leans into the lyrics of the John Lennon song it appears to be referencing and hopes that the fighting will stop, and that the war will be over. “What have you done?” seems to have been a little out of the show’s reach, but we’ll get to that.

Yes, the war against Thanos may have ended some time ago, but it lingers in the hearts of survivors Yelena Belova and Clint Barton, neither of whom have truly recovered from Natasha Romanoff’s death. Yelena wasn’t even there during that fight, having been snapped out of existence with half the population, but she aches for what she has lost, and that misplaced grief hit Clint square in the face during this finale.

I think we all knew that an actual heart-to-heart between the pair would resolve things fairly quickly, but that didn’t stop me bawling my eyes out like a little baby when they finally cleared the air. It is time to remember Natasha as she would want to be remembered: stubborn as hell and in full control of her destiny. The only person to blame for her death is Thanos, and that mf is dead, dead, dead. Letting him rule over so many emotions after the fact just hands him some of the victory he once craved, and that will never do.

There was of course yet more air to clear and plot threads to wrap up in the Hawkeye finale, most of which got dealt with in the opening scene between Wilson Fisk and Eleanor Bishop. The latter was on hand to confirm that yes, she killed Armand III for reasons, and yes, she had been working for Fisk ever since Kate’s dad died and left them saddled with an enormous debt to him that had already been paid off with some exorbitant interest on top. Eleanor was simply a piece on Fisk’s chessboard, exploited beyond measure. She may have put her foot down at the thought of Kate’s endangerment, but she ended up paying the price anyway.

After Kate finishes confronting Eleanor for the way she handled things, she watches Eleanor be arrested for the murder of Armand III and other various crimes. While Eleanor is positioned as a scared victim of circumstance who felt she had no other choice but to fall in line behind Wilson Fisk and do his bidding, Kate sees her as someone who needs to answer for what she’s done. A few minutes later, Kate then happily walks off into the sunset with prolific contract killer Clint Barton, who burns his Ronin suit and does everything but clap the dust off his hands and say “welp, that’s that.”

It seems a shame that the exploration of Clint’s accountability for his actions as Ronin appears to end there, with there being one rule for the “normies” of the MCU and one for the Avengers. It’s a theme that the MCU itself has fumbled with ever since the events of Captain America: Civil War, and perhaps it is one that Marvel should choose to revisit in the future. I gotta say the current status quo still doesn’t sit right with me, and if the MCU is intent on honoring the legacy of Tony Stark in-story, this would be a major way to actually do that considering how intent Tony was on having the Avengers held accountable for what they do, and who they hurt in the process.

Putting this aside, though, the finale itself was pretty much pure Yuletide joy, with a solid level of momentum and terrific action, and proffering enough gifts to keep me going until Marvel starts dishing out new treats in 2022.

Vincent D’Onofrio’s return as Kingpin was as thrilling as I expected, and Yelena and Kate’s fight in the elevator and beyond was everything I could have asked for and more. Florence Pugh and Hailee Steinfeld are incredible together on screen, and play off each other’s characters so well. All hail the new Hawkeye and Black Widow, a new generation of ass-kickers who seem much more immediately willing to question their orders than Clint and Natasha did early on.

Honestly, the majority of this finale was the equivalent of unwrapping one grin-inducing gift after another: the pre-showdown montage of Clint and Kate creating a fresh set of trick arrows, everything with Tony Dalton’s Jack Duquesne (I can’t even narrow it down), the LARPers rising to the occasion, the Tracksuit Mafia continuing to be a delight even as they were struck down like so many bowling pins, the owl in the Christmas tree flying off with the tiny Trust a Bro van, Echo v Kazi (sadly killed with ease) and Kingpin (let’s face it, almost certainly not killed with ease); the revelation that yes, Laura Barton was once a SHIELD agent, too, and probably one of the greatest post-credits scenes that the MCU has ever delivered: a full, shameless performance of Marc Shaiman and Scott Wittman’s “Save the City” from Rogers: The Musical. It remains a relentless earworm that can absolutely do this all day, but I’m sure I wasn’t the only one hoping for a final shot of a certain someone watching it from the audience.

I’m also happy that the final hour of Hawkeye didn’t use itself to set up the next Phase 4 thing coming. There was no Daredevil tease or big cameo. Everyone got closure, even if in some cases that closure likely leads directly to their futures in the MCU.

Echo and Kate will no doubt be back, and so will Yelena. Hawkeye? Well, maybe he’ll finally get that retirement he’s been hankering after for years knowing he’s got such a great replacement ready and willing to fight the good fight, and one who believes she can confidently come to the rescue without the added bonus of super strength or a flying suit that shoots lasers. Hawkeye, as it’s become clear during this show, is just dog tired. Kate, Echo and Yelena are only just waking up.

Want to dig deeper into the Marvel Cinematic Universe? Please consider subscribing to Marvel Standom on the Den of Geek YouTube channel, where we dish out weekly episodes on all the new Marvel TV series, trailers and movie releases. If YouTube’s not your thing, you can listen to Marvel Standom on Spotify and Apple, too.