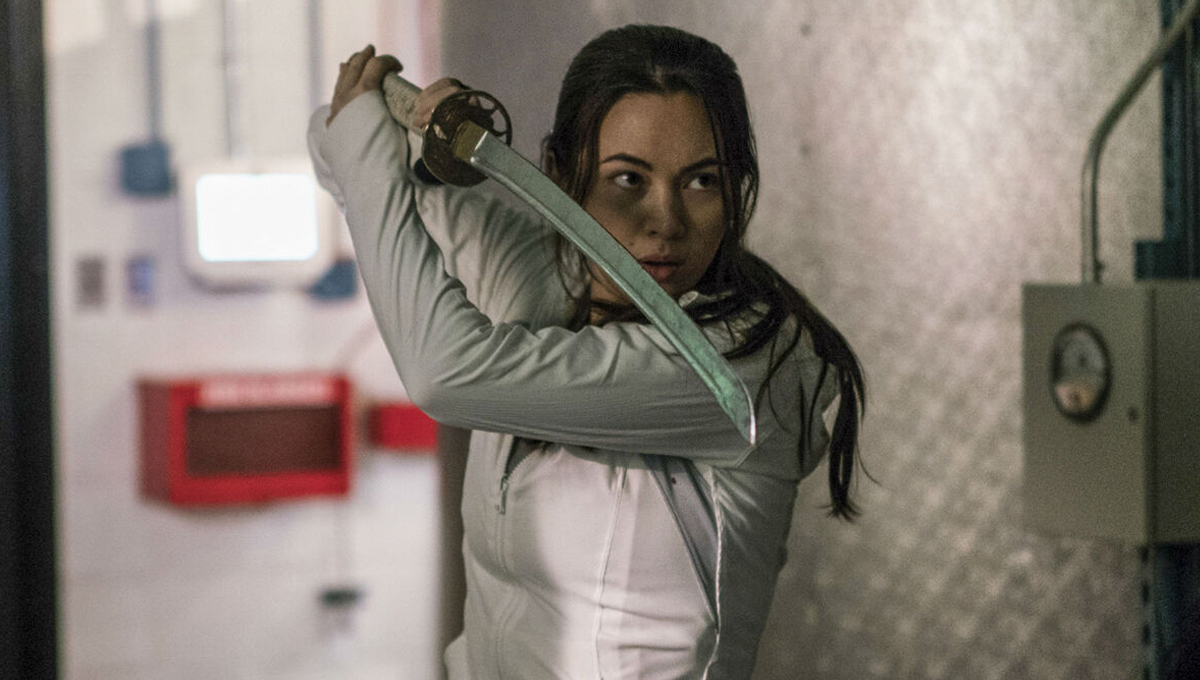 This article contains slight spoilers for HAWKEYE and SPIDER-MAN: NO WAY HOME.

As Jessica Henwick rides momentum from a performance in The Matrix Resurrections as blue-haired plot-catalyst character Bugs, one would think that her 2018-wrapped role as the sword-swinging cage-fighting Netflix Marvel character, Colleen Wing, is far back in her rearview mirror. However, the Marvel Cinematic Universe is in the midst of a shakeup on that front, as box office smash Spider-Man: No Way Home and Disney+ TV series Hawkeye demonstrated to resounding enthusiasm. Yet, it seems that Henwick’s renewed chances for a return as Colleen are mostly attributed to a choice made during a crucial career crossroads.

Despite Marvel’s unceremonious discarding of Netflix’s tangent of Marvel television, Henwick’s Colleen has remained a fan-favorite. Introduced in 2017 on Iron Fist, she served as a deuteragonist and love interest to Finn Jones’s title character. Yet, the role led to a brighter, MCU-acknowledged opportunity with Shang-Chi and the Legend of the Ten Rings, in which she was up for the role of Xialing, the estranged sister of Simu Liu’s title character. However, Henwick tells THR that this occurred as the Matrix landed on her plate, forcing a non-pill-related choice; one she ultimately made out of loyalty to Colleen.

“If I did [Shang-Chi], I would effectively be putting Colleen to bed. It wasn’t the main factor, but it definitely came up in conversation. I love Colleen. She changed my life. Of course, if I was given the opportunity to revisit her, I would, but I just don’t know how likely that is.”

Henwick’s Colleen-centric choice to withdraw from Shang-Chi‘s casting process (allowing an unknown in Meng’er Zhang to nab the breakthrough, seemingly-spinoff-set Xialing role,) was, in hindsight, quite a risky move. After all, Colleen, and her entire roster of shared-universe Netflix Marvel “Streel Level” shows, had become a casualty of a substantial tectonic shake-up that saw studio Marvel Television—which produced every Marvel show before Disney+ offering WandaVision—close shop to become absorbed into the monolithic Disney-dominated purview of movie arm Marvel Studios. Thus, Colleen was essentially an apocryphal character to the MCU, making any gesture designed to keep her alive an arguably-quixotic pursuit.

“I did a self-tape for both [Shang-Chi and The Matrix], says Henwick, explaining the gravity of her choice. “And then they wanted me to screen test for Shang-Chi with Simu [Liu] or chemistry read for Matrix. It’s actually not that bizarre. It’s kind of standard if you’re going to screen test, especially coming from England. They would have to fly me out and put me up, so you have to sign the contract beforehand. And the contract basically says that you must give them a period of exclusivity. So, they knew that I had the offer from each side, and they, of course, put that exclusivity clause right front and center. There was no guarantee I would get either, and if I had chosen the wrong one, I guess we wouldn’t be on the phone today.”

Of course, praise for her Matrix performance aside, those who have been keeping up with the MCU know that Henwick’s loyalty to Colleen might just pay off, since—in a manner that feels like Spider-Man: No Way Home’s multiverse villain outbreak—Street Level actors are suddenly breaching the MCU. Indeed, we’ve already witnessed two surprise incursions in just under a fortnight. It started with Vincent D’Onofrio’s Wilson Fisk/Kingpin on Hawkeye, which would complement one of Spider-Man: No Way Home’s many applause moments, specifically when Daredevil star Charlie Cox appears once again as Matt Murdock, who, in a professional capacity, consults with a framed Peter Parker in a session that fortuitously provides the blind lawyer a chance to demonstrate his uncanny radar senses. Consequently, with Colleen’s Street Level cohorts seemingly christened into the MCU, her revival prospects have gone from nil to feasible in a rather short period of time.

“Yes, I already knew,” says Henwick when asked about the two recent Street Level surprise returns. Interestingly enough, she remains unsure about a return, at least for now. “Charlie knew about that opportunity years ago,” she reveals of the actor’s long-kept secret No Way Home return. “He already knew it was happening. I think I would have heard by now if there were any plans with Colleen.”

Henwick’s apparent skepticism is warranted, since speculation about Colleen’s MCU arrival is premature. That’s because Cox’s shocking return as Matt Murdock/Daredevil—which is now confirmed to continue in the MCU in some manner with a new proper costumed crime-fighting tenure—is clearly the first priority in this apparent salvage operation for the Street Level characters. This is especially the case since Colleen—as celebrated as Henwick’s rendition may be—is still best known as a supporting character for Iron Fist, who still has a better chance than her of being revived in the MCU, especially on the back of Shang-Chi-established martial arts mysticism. Yet, his revival would likely be in a rebooted form without star Finn Jones, whose performance was a source of scathing criticism for the Netflix series, despite an arguably better second season rebound.

Nevertheless, the idea of having Colleen in the MCU is one that would likely have significant support from the currently frenzied fandom of the Street Level shows. Her Iron Fist depiction wasn’t just as a trope-fulfilling love interest or stereotypical fighting femme fatale. Rather, the show took a slow, layered approach by presenting an eccentrically alluring martial arts instructor; a façade that initially hid an extensive past connected to criminal ninja gang The Hand, yielding an intriguing heroic arc across appearances for the show’s 2017 first season, then Netflix crossover The Defenders, followed by a one-off on Luke Cage, and culminated in the series-closing second season of Iron Fist with her gaining the power of the Iron Fist itself. Additionally, her Marvel Comics-emulating team-ups with Simone Missick’s cop-turned-superhero Misty Knight seemingly foreshadowed “Daughters of the Dragon” spinoff prospects—an ultimately-unrealized idea that still excites Henwick.

“That would be cool!,” she says on a potential revival of the teased “Daughters of the Dragon” concept. “If it was the right moment, the right project, for sure. I love Colleen. But we’ll see. I gave her a happy ending. She’s happily living in New York with Misty. They’re running their own business together. So, she’s good where she is as well.”

However, despite the seemingly-rapid pace at which the MCU’s revival of the Street Level characters is unfolding, we’re still very much in its earliest of stages. Moreover, the multiverse concept itself—having been recently introduced on Disney+ TV series Loki—has created a loophole for the endeavor that allows the arrival of the Netflix characters in a way that doesn’t necessarily tie the MCU down to the developments of those (non-Marvel Studios) shows. Consequently, the versions of Wilson Fisk and Matt Murdock we now have in the MCU may look like their Netflix counterparts, but could prove to be variants of the characters shaped by different circumstances. Likewise, the task of importing a character like Colleen will, as Henwick acutely states, require the right moment, which isn’t now, and the right project, which doesn’t seem to be on the MCU’s years-deep docket as of yet.

For now, you can catch Henwick stealing the show in The Matrix Resurrections, which is now available to stream on HBO Max, and can be seen at theaters as well.