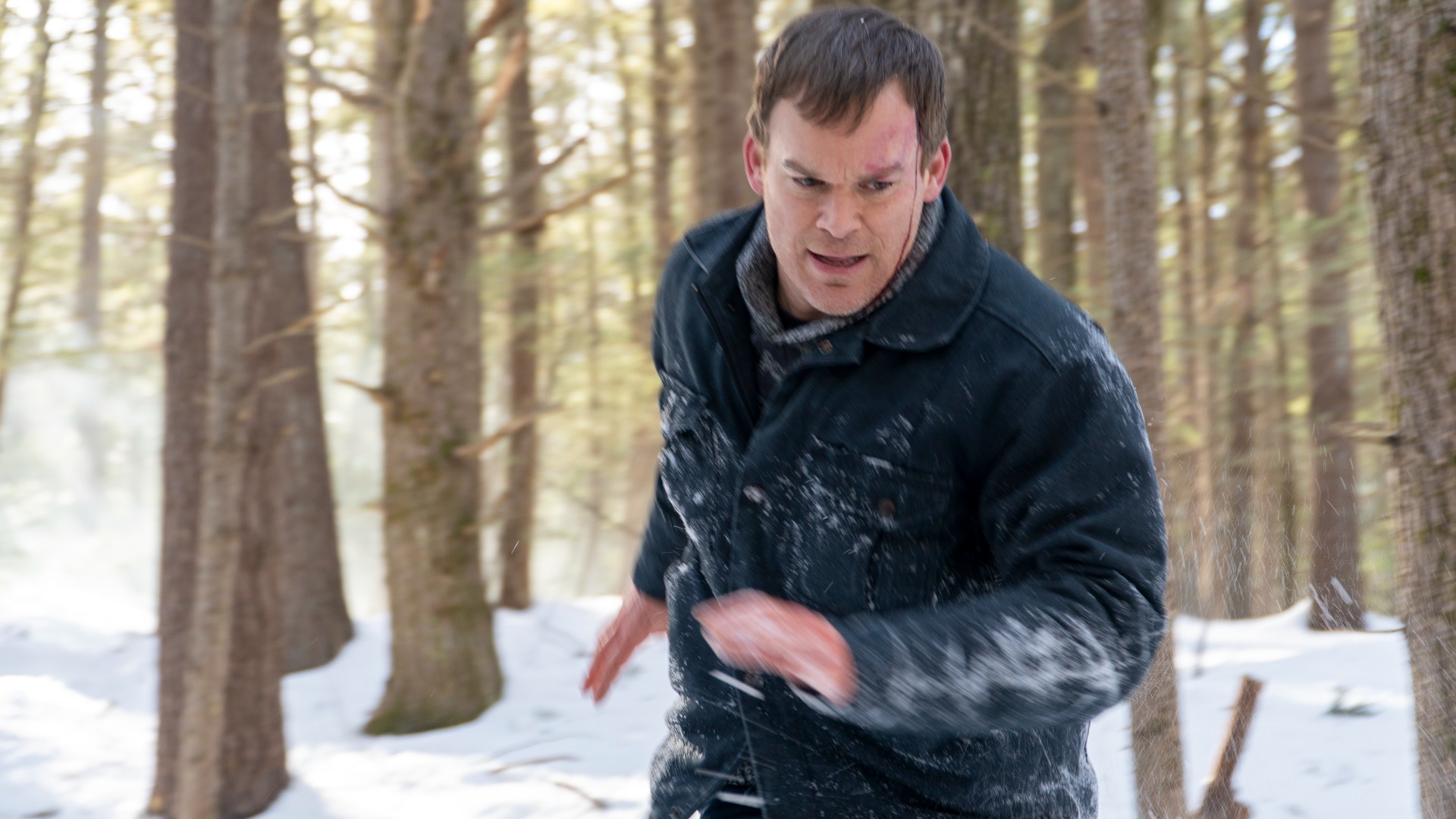 I wrote at length last week about how Dexter: New Blood has its foot on the brake rather than the gas late in the season, a problem that suggested maybe a 10-episode order was too much time to fill. That criticism is given more teeth with “Unfair Game,” which keeps Dexter busy with a secondary antagonist and spends more time driving home information that we already knew about Harrison. The detour allows Angela some time to catch up on the true identity of her boyfriend and what he may have been up to when she was out of town following the Matt Caldwell case, but otherwise this sub-45-minute episode once again feels like its main task is to stretch for time.

Despite this, “Unfair Game” opens with a gnarly dream sequence. As Dexter is passed out in the backseat of Kurt’s crony’s car, he dreams about his son taking on the same high school kids that attacked him last week with lethal force. Watching Harrison brutally dispatch his peers gets a confusing reaction out of Dexter; he seems to abhor the behavior within the dream, but there’s the faintest hint of a smile on his face as we watch him sleep. It’s similar to the first reaction Dexter had when he discovered Harrison’s knife. Is this parental concern clashing with a selfish impulse to share his sickness with his son? It’s up for interpretation, but it’s a gripping way to open the episode.

If only things could have stayed at that level. Dexter’s clash with the no-name henchman doesn’t feel suspenseful because there’s no way that we’re going to believe that some random character is going to be the one to take down our Dark Defender. I spent more time considering the ways that this could complicate Dexter’s life in future episodes than actually worrying about his well-being. Kudos to the writers for making the cheeky reference to serial killers and summer camps, but the actual showdown at the summer camp should have taken up more time. Dexter crashing through a mirror to subdue the pursuing gunman had a horror movie quality and I wish that director Sanford Bookstaver would have elongated this sequence to work more of that feeling in. Once they switched the hunter to the prey, that’s where suspense could be found, but Dexter doesn’t toy with his victim enough for my liking.

The material between Harrison and Kurt is something of a mixed bag. I do appreciate how both men seem to be getting something out of their connection. Kurt knows that his son is dead, but has to pretend as if he’s still alive. With Harrison around, it’s almost as if Kurt is doing some final father-son bonding before he has to process the reality of the situation. However, it’s been clearly established that Harrison is looking for a father figure and is beating himself up over his messed up, violent feelings. These interactions do not deepen what we know about Harrison, but reinforce what’s already been established. The batting cage scene did not work for me at all. In fact, I think it’s the second most unintentionally hilarious moment since the Harrison treadmill incident.

Back at the cabin, it becomes harder to decipher exactly what it is that Kurt is trying to accomplish. Most of the episode, it seems that Kurt is trying to get Harrison to confide in him as a father figure and give into his worst impulses. “Sometimes it feels good being bad,” he says, while also making it a point that he appreciates Harrison for who he is far more than Dexter does.

That’s why it feels confusing that he randomly dons his tactile gear and tells Harrison that he’s going to pay for the sins of his father, urging him to run like the rest of Kurt’s victims. Yes, it makes sense that Kurt would want Dexter to lose his son in an eye-for-an-eye sort of way, but why butter Harrison up and spend so much time trying to earn his trust if Kurt was only ever going to kill him? It felt like Kurt was going to get his revenge by turning Harrison deeper against Dexter, but since Dexter comes in and saves the day, it only drives father and son closer together.

The final scene with Dexter opening up to Harrison in the truck is good stuff, and hopefully just a taste of a larger conversation we’re going to get next week. I really hope that the writers don’t avoid doing the work here and do some sort of jump to time after Dexter has told Harrison everything. Let us watch him try to explain it and let us watch Harrison’s reaction.

Finally, Angela’s rightful suspicion about Dexter and some key missing information from Logan causes her to investigate the death of Jasper. She tracks down drug dealer Miles and realizes that both he and Jasper have the same injection point on their neck, suggesting that Dexter had something to do with the death of Jasper. She’s slowly putting the pieces together, but as the audience, it’s never too much fun to be ahead of the characters like this. Wait till she finds out that Dexter has been shot…

Anyway, “Unfair Game” inches things forward, but only slightly. The main takeaway is that Harrison and Dexter have seemed to have mended their broken relationship, and if the war between Dexter and Kurt wasn’t officially on, it certainly is now. With two episodes left, hopefully Dexter: New Blood quits stalling and really starts showing its endgame.