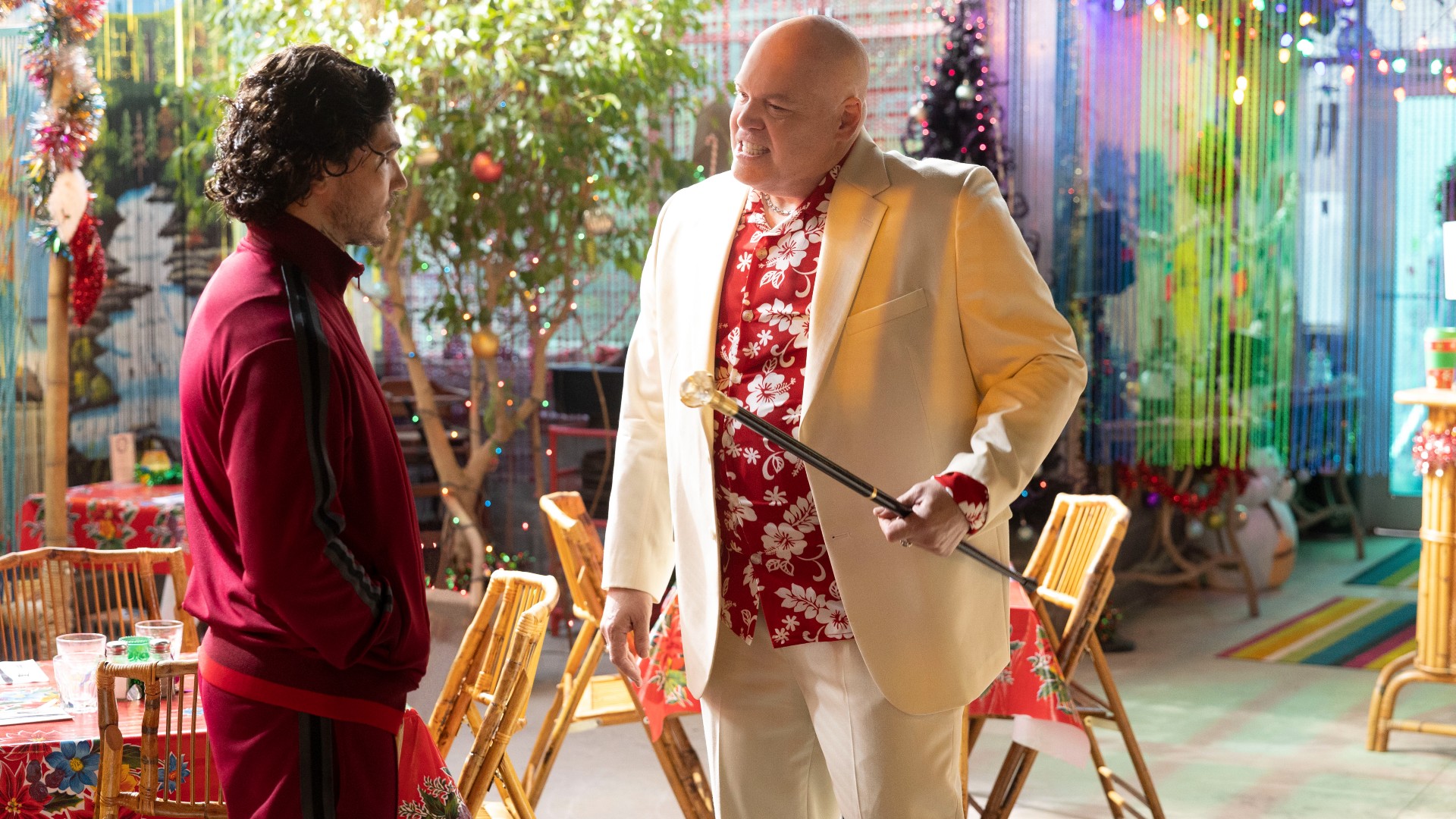 The Marvel Cinematic Universe has managed to pull off a lot of truly impressive feats over the course of its decade-long march to pop culture domination. Superhero stories are cool now, and even the most casual of viewers are pretty well versed in things like chaos magic, multiverses, and Infinity Stones. Yet, despite its many successes, the MCU still struggles in several of the key areas that make comic book stories so compelling. For the most part, it’s still pretty bad at telling love stories and it’s got a lot of female characters it doesn’t always know what to do with. But the fact that it still has such lame villains is one of the most frustrating parts of the franchise.

Obviously, not every Big Bad can be Thanos, and the arrival of characters like Black Panther’s Killmonger, Spider-Man: Far From Home’s Mysterio, and Shang-Chi’s Wenwu are all definitely marked improvements over earlier, more one-note villains who just wanted to take over the world or kill Tony Stark for whatever reason. But most of Marvel’s bad guys just aren’t all that interesting as characters in their own rights. Or, if they are, the franchise seems immediately inclined to remake them in a friendlier, more marketable image: Former terrorist Helmut Zemo became a fun, dancing internet meme in The Falcon and the Winter Soldier, while both Loki and Agatha Harkness have scored Disney+ series of their own after their respective successes in the Avengers films and WandaVision.

So let’s be clear: Having Vincent D’Onofrio’s former Daredevil villain Wilson Fisk officially join the MCU in Hawkeye is nothing short of a gift. One of the most layered, emotionally complex characters anywhere in this franchise, Fisk is a man who was unrepentantly violent and desperately lonely, deeply anxious and dangerously possessive all at once. An extremely human figure in spite of all his flaws, he’s the sort of bad guy you can somehow almost see yourself rooting for under the right set of circumstances. His relationship with art dealer Vanessa Marianna is actually one of the best love stories in the entire MCU and his long speeches about wanting better for his city actually come across as genuine as often as they do megalomaniacal. In short, there’s a reason viewers have been clamoring for his return ever since the four Netflix Marvel series were canceled back in 2018.

Yet, there’s also a reason people tell you to be careful what you wish for. Yes, Hawkeye brought D’Onofrio’s Fisk back, and I’m deeply grateful for that, but it’s hard not to see his return here as a wasted opportunity. Sure, Fisk is now wearing a more “comics accurate” outfit, which will likely be enough to make the more hardcore corners of the MCU fandom who complained about how long it took for him to get his signature white suit in Daredevil happy. (The dreadful Hawaiian shirt combo here comes directly from Amazing Spider-Man: Family Business, FYI.) But narratively speaking, it largely feels like Disney is simply counting on fans’ knowledge of the Netflix series to give Fisk’s presence the emotional heft it lacks on the screen here. (Which is to say, any amount greater than zero.)

It’s true, we don’t know for sure yet whether this version of Wilson Fisk is the same as the one we last saw in Hell’s Kitchen. (Though D’Onofrio himself certainly seems to consider him the same man and there are plenty of hints within the finale that back him up.) Yet, even if this is some sort of soft reboot of the character, it still feels as though Hawkeye misunderstands everything that made the character so popular on Daredevil in the first place.

Part of the problem here is simply time. With Hawkeye clocking in at just six episodes and with a good half dozen other plots to wrap up – from Kate’s status as Clint’s new apprentice, Yelena’s grief-fueled vendetta against her dead sister’s BFF, Eleanor Bishop’s decision to frame her poor dumb fiance, and the revelation that Laura Barton is a former SHIELD agent – there just isn’t a lot of space to introduce Wilson Fisk as anything much beyond the most basic sort of Big Bad. As a result, he comes off as a low-rent Mafia don with generic dreams of grandeur and a poorly explained ability to somehow withstand explosions. Gone are the three-minute monologues where D’Onofrio comes thisclose to making you a believer in Fisk’s vision of a better New York, and the blink and you’ll miss it reappearance of the cufflinks that once belonged to the father he killed is the only reminder of the broken personal history that makes him who he is.

Sure, Fisk is now apparently Maya’s “uncle” or whatever, but since viewers barely know her either – and truthfully are unlikely to care much about her story for its own sake until her spin-off Echo lands – that doesn’t exactly count for much. Maybe this just wasn’t the moment to bring back a character who was completely unfamiliar to those that didn’t watch Daredevil? Especially when “So This is Christmas?” didn’t have the time to really show new viewers what made Fisk such a thrilling and unique villain – particularly for the world of Marvel –  in the first place? In what world do any of those casual viewers care whether Fisk is dead at the end of the episode or not? He certainly doesn’t seem terribly necessary to any larger stories this universe may be telling. And that’s because Hawkeye never made the character feel like he truly mattered.

The other issue is that Hawkeye is a Disney+ series, which means that it’s simply never going to be as willing to explore dark or difficult themes as Daredevil was. (This show has a hard enough time admitting that Clint’s decision to dress up as a dark ninja and murder people for five years was bad, let alone something he might need to apologize or atone for.) The Fisk who beheaded a guy with a car door on Netflix is likely gone forever, which would actually probably be okay if Hawkeye had managed to hang onto the deeper emotional ideas that scene represents.

In Daredevil, Fisk is a monster who murders and manipulates others with almost no remorse. But his brutality is directly connected to his own insecurities and his primary drivers are emotional ones, from his love for Vanessa to his anxiety over public embarrassment. Yet, there’s little hint of this complex dichotomy during his appearance in Hawkeye – his reasons for doing anything are basic at best, and more often than not Fisk comes across as strangely cartoonish, a hulking physical threat with little in the way of interiority. And this character – not to mention viewers! – deserves better than that.

There is, of course, every reason to hope that Fisk’s return to the MCU will work out in the end.  A turn on a more tonally appropriate property (such as, say, Echo) would allow the franchise to embrace the darker and more nuanced aspects of his character. Giving him a more appropriate adversary like Charlie Cox’s newly reintroduced Matt Murdock would be an order of magnitude better than watching him fight a just-introduced twentysomething woman. And digging further into who he is now – whether that means incorporating elements from Daredevil or just exploring what happened to him in the aftermath of Thanos’ Snap – would allow this Kingpin to once again have the same level of depth as a villain he once did.

In a world without Thanos, Marvel needs adversaries for our heroes who aren’t just powerful and menacing, but who are actually interesting characters in their own rights. As the old saying goes, a good villain is nothing more than someone who sees themselves as the hero of their own story, and no MCU antagonist has lived up to that description more than Fisk did – here’s hoping he can do it again.

Junji Ito Maniac: Ranking the Stories From Creepy to Downright Terrifying
Actual footage of me on the search to find the Westworld ending we all deserve 🙃 #shorts #dust
Once Upon A Time Season 7 Episode 5 Review & AfterShow | AfterBuzz TV
Forspoken’s Dialog Debate Exposes a Bigger Pop Culture Divide
Xbox’s Lack of Exclusives Has Been a Real Problem For the Series X/S Generation