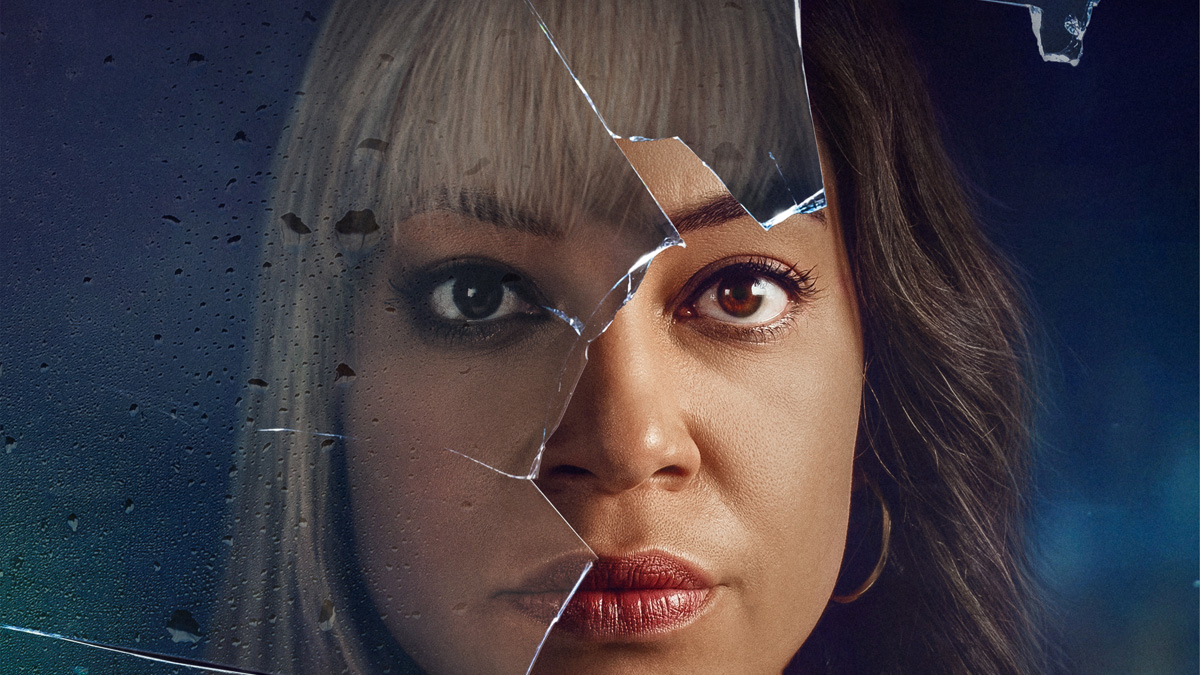 “And that is it,” laughed Dave to Megan on their long-awaited wedding day, “there are definitely no more secrets.” Not quite, Dave. You may now know all about your new wife’s hidden past, but there’s still the matter of you and daughter Kayleigh inadvertently tag-teaming to murder a man that neither of you knew you’d killed. That’s how next-level the secrets are in a Harlan Coben thriller – even the murderers don’t know they did it.

One murderer in Stay Close who definitely knew they’d done it was the serial killer responsible for packing that woodland bunker with a Jenga tower of human bones and knobbly bits. Let’s revisit that revelation, and untangle any lingering finale questions. Last spoiler warning!

Technically, it was Megan/Cassie’s fiancée ‘Average Dave’, not that he knew he was killing anybody. Dave just thought he was helping to protect his daughter Kayleigh, who’d called him for a lift on carnival night. Kayleigh and Bea had gone to Vipers on carnival night, following Megan’s trail. Carlton got them into the club underage, and attempted to spike Kayleigh’s drink before Bea realised and swapped the cocktails, drugging Carlton. Kayleigh took Carlton’s car keys, and he chased her and Bea out into the woods. When he caught up with and Kayleigh and attacked her, she managed to lock him inside the boot of his car and drove away with Bea, until the car ran out of petrol in the middle of nowhere. Kayleigh phoned her dad Dave, who collected them and noticed the distinctive orange car nearby. Later on, Dave saw the same car on a news report about Carlton going missing. Without talking to Kayleigh and so unaware that a drugged Carlton was in the boot of the car, Dave pushed the car into a lake to keep Kayleigh out of any trouble she may be in. Carlton therefore drowned in the lake, with Kayleigh and Dave none the wiser about his fate. Megan though, who pieced together the story from both of them, and had disposed of Carlton’s distinctive necklace in the sea to protect Kayleigh, knows what really happened.

Why did Lorraine tell Broome that she killed Carlton?

Lorraine was outside the club when Carlton chased Kayleigh back to his car from the woods and she saw Kayleigh lock him in the car boot. Lorraine knew that one more murder – one that fitted her MO precisely seeing as Carlton was a would-be date rapist who’d been physically abusive to her dancer Tawny – wouldn’t hurt her, so she confessed to killing Carlton to protect Kayleigh, whom she thought was Carlton’s real killer. Lorraine’s whole motivation in murder was to protect her Vipers ‘family’, and women in general, from violent, abusive men. The lyrics of the song that played while she was led into custody sum it up: “I’m just a soul whose intentions are good, oh lord, please don’t let me be misunderstood.”

No. It’s not yet commercially available, at any rate. A group of American students in 2014 reportedly came up with the idea of a nail polish that could be dipped in drinks to detect the presence of a date rape drug, but later changed their plan to a disposable pregnancy test-style system.

What really happened to Stewart Green?

Knowing that he was stalking, beating and threatening Cassie, Lorraine lured him to the ruins in the woods and stabbed him to death. She then left Cassie a note purportedly from Ray, telling her to come to the ruins, so that Cassie would know Stewart was dead and that she was free from him. After seeing the bloody body, Cassie returned to Vipers, stole a bunch of money from the safe and put it in a yellow suitcase she left outside Stewart’s house for his wife and kids, and left town to start afresh under a new identity. Meanwhile, Ray had followed Cassie to the ruins and discovered Stewart’s corpse. Thinking that Cassie had killed him, Ray dismembered Stewart’s body and threw the parts into the lake in individual plastic bags, all to protect Cassie. The trauma of that night, combined perhaps with PTSD from his time in war zones, made Ray block it from his memory.

That was Lorraine, who saw him getting violent in the club, and so made him her 2021 carnival victim. She lured him to the woods and slit his throat, but was interrupted before she could drag his body down to the bunker where she kept the rest of her victims.

That was Lorraine, who’d seen Ray taking photos in the ruins where she killed his former army buddy Guy on carnival night, and wanted to make sure she wasn’t in any of them.

How many victims were there?

There are 20 victim photographs linked to Lorraine on the evidence wall, 18 carnival night victims -one for every year starting with Stewart Green’s murder in 2004 – plus Carlton Flynn and Zain Kaleed, for whose murder she framed Jamal Alade. The abusive husband she killed before moving to Blackpool isn’t shown, but according to Lorraine was her first victim, so that’s 21 in total.

No, Stewart’s been dead and in pieces at the bottom of a lake for 17 years. The bald man Cassie/Megan saw at her front door, who also visited her mother-in-law in her nursing home, and posed as a games testing recruiter to her schoolboy son, was Vipers co-owner Rudy. He was after the money Cassie had stolen from the Vipers safe and given to Stewart’s wife before she disappeared.

Who did Carlton Flynn’s dad visit in hospital?

Why did Megan go back to Vipers in the first place?

Because she was staying nearby at a work conference and, missing her old life as a young nightclub dancer, wanted to take a trip back to her (Stewart Green aside) carefree past where she was unencumbered by the responsibilities of adulthood and parenting. When Lorraine spotted her on the club CCTV, she felt compelled to find out what had happened to Stewart Green’s body, which she’d intended for the bunker before it disappeared thanks to Ray. Lorraine tracked Cassie down to her new address and pretended that she’d seen Stewart alive in order to get the real story.

Where was everybody left?

Carlton was dead in the boot of his car. His dad was arrested for hiring Barbie and Ken to find his son. Tawny, Harry and Goldberg were murdered by Barbie and Ken. Barbie was stabbed to death by Megan outside the care home. Ken’s throat was slit by Lorraine when he tried to kill her. Lorraine was in custody, having confessed to the murder of over 20 victims (but won’t serve a long sentence because of her terminal cancer). Ray went off travelling to regain his photography spark, leaving Fester in his flat. Simona was left pregnant without Guy. Broome was alone. And Megan, Dave and their kids were left happily enjoying their wedding day.

Why was it called Stay Close?

Because that’s what Broome says to Lorraine when she confesses to being a serial killer. He hugs her, arrests her, and promises to “stay close” for what comes next. That’s presumably a trial, imprisonment, or her death from terminal cervical cancer, whichever comes first. ‘Stay close’ may equally apply to Cassie’s disappear-and-start-a-new-life-with-a-different-name plan, seeing as she chose to relocate from Blackpool to a leafy suburb within easy driving distance.

Where was it filmed?

Blackpool, Manchester and St Helens in Merseyside, which is the location of the monumental ‘Dream’ sculpture the inside of which Cassie turned into a love nest for Ray back in the day, and where they met up two decades later. Blackpool’s Golden Mile and pier stood in for New Jersey’s Atlantic City in the original US-set novel, and the ‘Dream’ sculpture stood in for Lucy the Elephant, a 19th century six-storey elephant model you can pay to go inside.

Where have you seen the cast before?

Cush Jumbo (Cassie/Megan) is best recognised for playing Lucca Quinn in The Good Wife and The Good Fight, but has also appeared in Channel 4 drama Deadwater Fell and Britbox thriller The Beast Must Die. Richard Armitage (Ray) played Thorin Oakenshield in The Hobbit trilogy, Lucas North in Spooks and Francis Dolarhyde in US series Hannibal. James Nesbitt (Broome) recently appeared in BBC One crime drama Bloodlands, and is perhaps best known for his role in ITV’s Cold Feet. Sarah Parish (Lorraine) has a long screen career with memorable roles in Cutting It, Mistresses, WIA, Broadchurch and many more. Eddie Izzard (Harry) is a stand-up comedian, fundraiser and political campaigner with previous roles in Hannibal, Powers, United States of Tara and many more. Jo Joyner (Erin) has appeared in EastEnders, Ackley Bridge and Shakespeare and Hathaway.

Harlan Coben’s Stay Close is available to stream in full on Netflix.

Pizza Tower Is the Best New Wario Land Game We’ll Probably Ever Get
Is This Succession Character Harboring a Painful Secret?
Why One of Star Trek: The Next Generation’s Worst Episodes Is Still Worth Watching
Should Marvel Change MCU Strategy on Disney+?
The Last of Us: Are the Infected Actually Zombies?