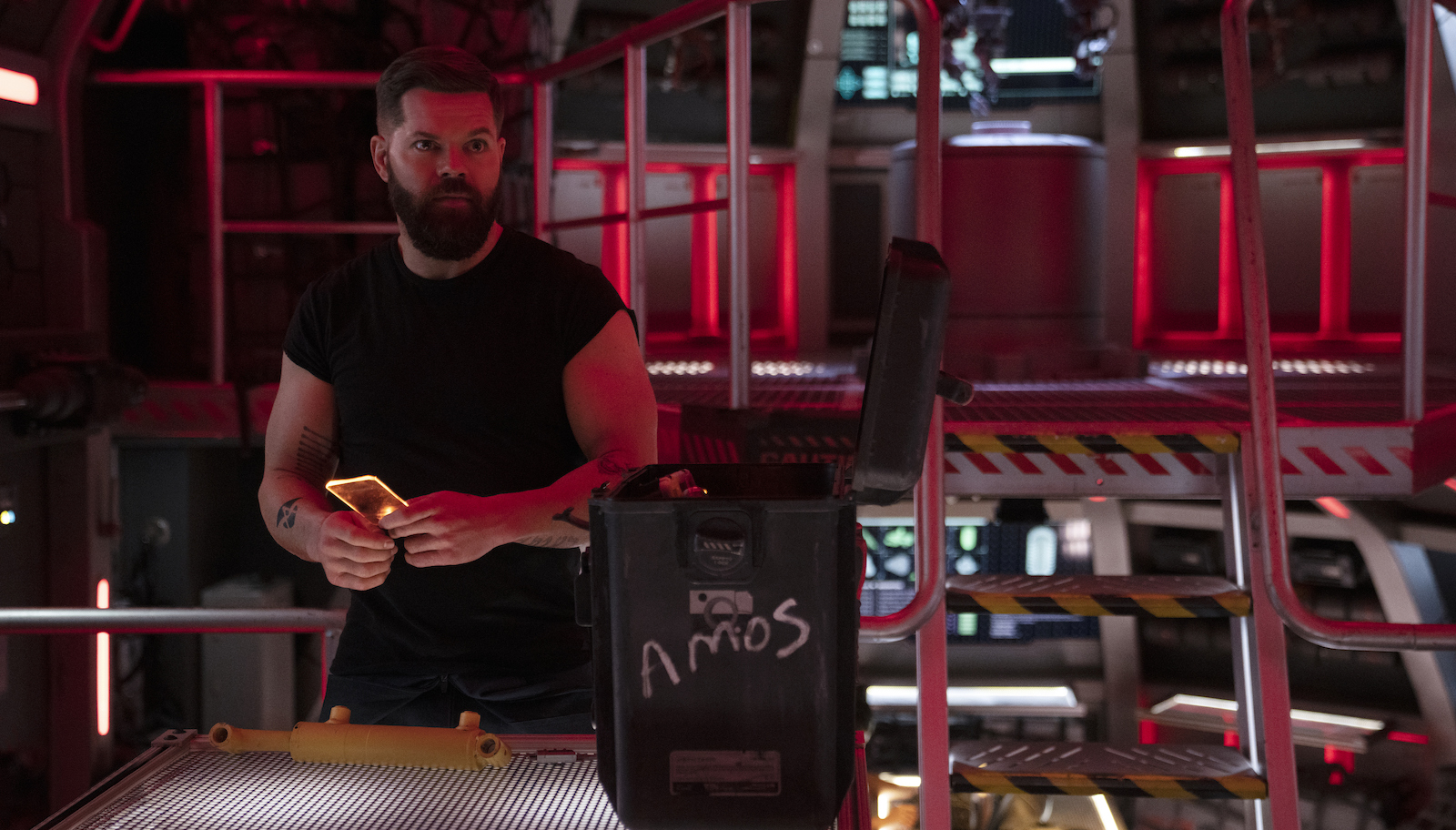 This review of The Expanse contains spoilers.

It’s official: The Expanse is clearly treating its final season as though the story were continuing, leaving it up to the viewers to decide where everyone will end up. The emotional beats in “Redoubt” were wonderful and would have been right at home in a ten to thirteen episode season with hopes of renewal. It’s difficult to know how to feel about a story that’s delivering spot-on dialogue, flawless character development, and even a bit of action while simultaneously realizing that its audience will have to be satisfied with comeuppance for Marco Inaros and little else as a series resolution.

How else can The Expanse explain spending six minutes on Laconia introducing Admiral Duarte, who would have been the central adversary in hypothetical future seasons? As expected, it looks like the young girl in this side story will be taking her brother’s body to be “repaired” as the strange dogs did for the bird she killed. But learning that Duarte sacrificed Mars for a promise of something better and that Cortazar is close to awakening the orbital shipyards presents a preamble from the novels that will never make it to air.

Meanwhile, our central characters almost feel sidelined in this week’s The Expanse even though the scenes on the Rocinante were among the most authentic and emotionally satisfying. On the approach to Ceres, there’s a touching musical tribute to the fallen Alex, another classic confrontation on the hull between Amos and Holden, and one of the best explanations Naomi or the audience will ever hear about why the hero failed to take out the villain when he had the chance. As Peaches tells him: “Don’t ever feel bad about not killing someone.”

The disarmed missile may also lead to a realization on Filip’s part as well, but the lessons he was beginning to learn from working on the hull repairs with his compassionate companion were interrupted by Drummer’s goading invitation for Marco to “live shamed and die empty.” Even so, Filip’s evolution as a character is many times more interesting than watching his father’s ego trip over itself, no matter what coaching Rosenfeld may provide.

And speaking of Drummer — what an amazing character! The raid on the supply depot had plenty of great action, but the best moments were when Drummer showed her strong leadership, even in small gestures like when she motioned Josep to back off when asking Michio to sweep the area again. And wow, did Michio ever come through in a pinch, saving Josep by field amputating his arm! The battle with Marco’s guards may have been a bit confused, but the resulting drama and Drummer’s final ultimatum were spectacular.

There was also plenty of emotional punch on Ceres, where Monica was documenting the suffering of the people Marco hung out to dry simply to frame the UN. Her news piece profiling the man with the cat was quite effective, and the reporter is right to blame Avasarala and her fellow Earthers for being just as guilty of dehumanizing the enemy. But this narrative is well-worn through earlier seasons of The Expanse, and it feels indulgent despite its effectiveness.

After all, how will it end? Will Drummer finish the job Holden couldn’t (and perhaps shouldn’t) complete? If so, what will the Rocinante achieve in the final two episodes, and what sort of resolution does The Expanse have in store for the larger story beyond Marco’s power play? Perhaps the show is focusing inward because the characters we care about might be able to achieve personal closure as a substitute for the unresolved protomolecule story. In that sense, this week’s episode (and season 6 in general) succeeds even where it disappoints.