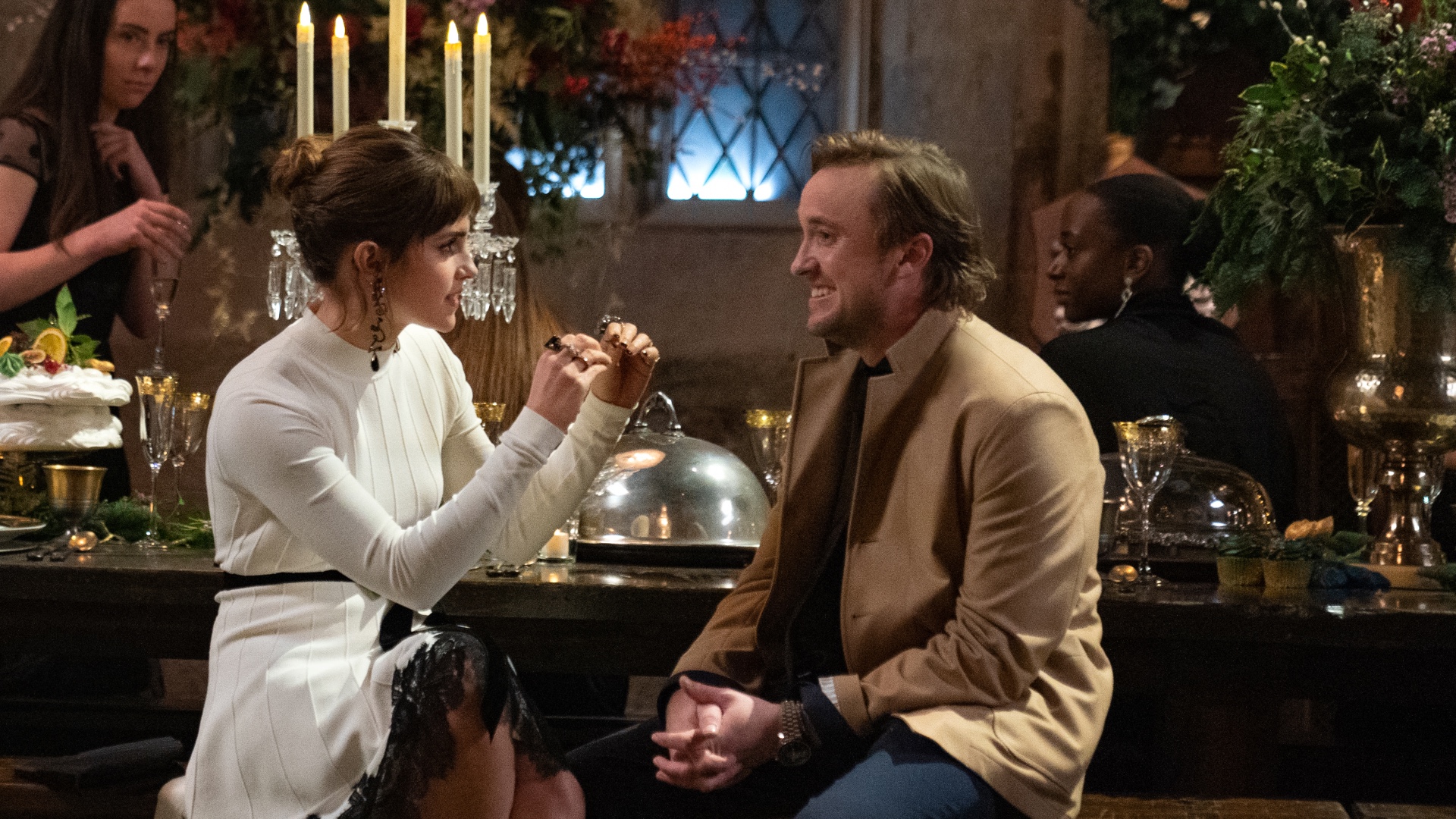 In true Weasley-ian fashion, Grint has intuitively identified something slightly off about this whole thing right from the get-go. Perhaps the Potter team hasn’t earned a reunion yet. Though the Warner Bros. series of films based on J.K. Rowling’s books began with Philosopher’s Stone in 2001, it ended just 10 years ago with Deathly Hallows Pt. 2. Since then, the Potter series has continued apace with two Fantastic Beasts prequel films and another scheduled for 2022. Warner’s franchising machine has also stayed humming, producing plenty of Harry Potter merchandise and media, with the biggest product, video game Hogwarts Legacy, set to premiere next year.

Paradoxically, however, while A Return to Hogwarts arriving on Jan. 1, 2022 feels too early, it also somehow feels too late. A lot of the sheen on the Harry Potter franchise has worn off in the intervening years between Deathly Hallows pt. 2 and this special. Those aforementioned prequels? Terrible. That video game? Subject to countless delays. Even the franchise’s creator, Rowling, has tarnished much of her Potter goodwill thanks to her consistent transphobic commentary to the point that she wasn’t invited to this Return.

The vibes surrounding Harry Potter 20th Anniversary: A Return to Hogwarts’ premiere are unfortunate. Very few people asked for a reunion and certainly not at the time it’s being provided. Plus, after launching its service with the similarly unnecessary Friends: The Reunion, HBO Max has developed a bit of a reputation as the cash grab reunion streamer.

Despite everything working against A Return to Hogwarts, however, this is still a surprisingly pleasant experience and goes a long way towards recapturing the magic of the excellent original series. The key to it all, as these movies have always implicitly understood in the first place, is the people involved. The highlight here is the series’ key trio with Daniel Radcliffe, Rupert Grint, and Emma Watson all setting up shop in the cozy Gryffindor common room to discuss their journeys as Harry, Ron, and Hermione over eight films. Radcliffe, Grint, and Watson don’t cover much new ground that hasn’t been seen on DVD commentaries or interviews before (longtime Potter fans could probably recite the details of the trio’s last day of filming by jumping onto a mat doubling as a Ministry of Magic fireplace by heart at this point), but they don’t really need to.

They also speak on the widely reported rumor that they all, but Watson in particular, considered leaving the franchise before Order of the Phoenix. Grint once again happens upon something profound late in the special when he opines that he sometimes can’t differentiate Ron’s memories and experiences from his own. The Harry Potter series was and remains unique in the way it allowed a worldwide audience to watch young actors grow up before their very eyes over the span of 10 years. The special wisley leans into that strength and rarely spends time away from the core trio, Felton, Matthew Lewis (Neville Longbottom), Bonnie Wright (Ginny Weasley), and the rest of the former Hogwarts students.

In addition to the erstwhile kids, A Return to Hogwarts gets an impressive array of the adult British acting talent that populated these films as well. Jason Isaacs (Lucius Malfoy), Robbie Coltrane (Rubeus Hagrid), Gary Oldman (Sirius Black), and even Toby Stephens (Dobby) all share their memories from filming and impressions of the franchise as a whole. The real MVP of the adult bunch though…and maybe the entire world itself, is Bellatrix Lestrange actress Helena Bonham Carter (or “HBC” as Radcliffe refers to her as). Carter torments Radcliffe by presenting him with a note he wrote to her after filming that ends with the wish that he were born 10 years earlier so they could have a chance. She happily reminds Oldman that she killed him moments into their conversation. She discusses the orgiastic joy of lighting Hagrid’s hut on fire with her wand. Carter is quite simply a force throughout.

Just about everything production-wise for Return to Hogwarts clicks, from the wealth of assembled talent, their candid conversations, and the gorgeous Stuart Craig sets they occupy. The one thing that unfortunately doesn’t is the wider sense of why this all really matters. The special brings all four directors from the franchise back: Chris Columbus, Alfonso Cuarón, Mike Newell, and David Yates. Of those four, only Columbus really seems to be reveling in the opportunity. Series producer David Heyman pops in to talk about Potter in the macro sense, but he can’t fully tie the emotionality of the special to the franchise’s current place in pop culture.

And that brings us to the hippogriff in the room. In an alternate universe where Joanne “J.K.” Rowling didn’t let bad faith actors on the internet melt her brain, the author would have been a crucial part of this reunion special. Who else could better contextualize the past few decades of Potter other than the woman who started the whole thing and lived through every moment? Rowling does appear a few times in Return to Hogwarts in archival footage from a 2019 interview, but her insights presented there are limited.

A fresh interview with Rowling featuring fresh perspectives informed by her many years of Potter experience would have been welcome. Alas, that is something Warner Bros. understandably won’t dare to attempt until she gets her shit together. For all the charm and insight provided by A Return to Hogwarts, its time would have better been spent by bringing the old crew back to stage an intervention…or at least go on a heist to get Rowling’s passwords and deactivate her social media accounts.

Then maybe we could have done this thing really properly in 2026.