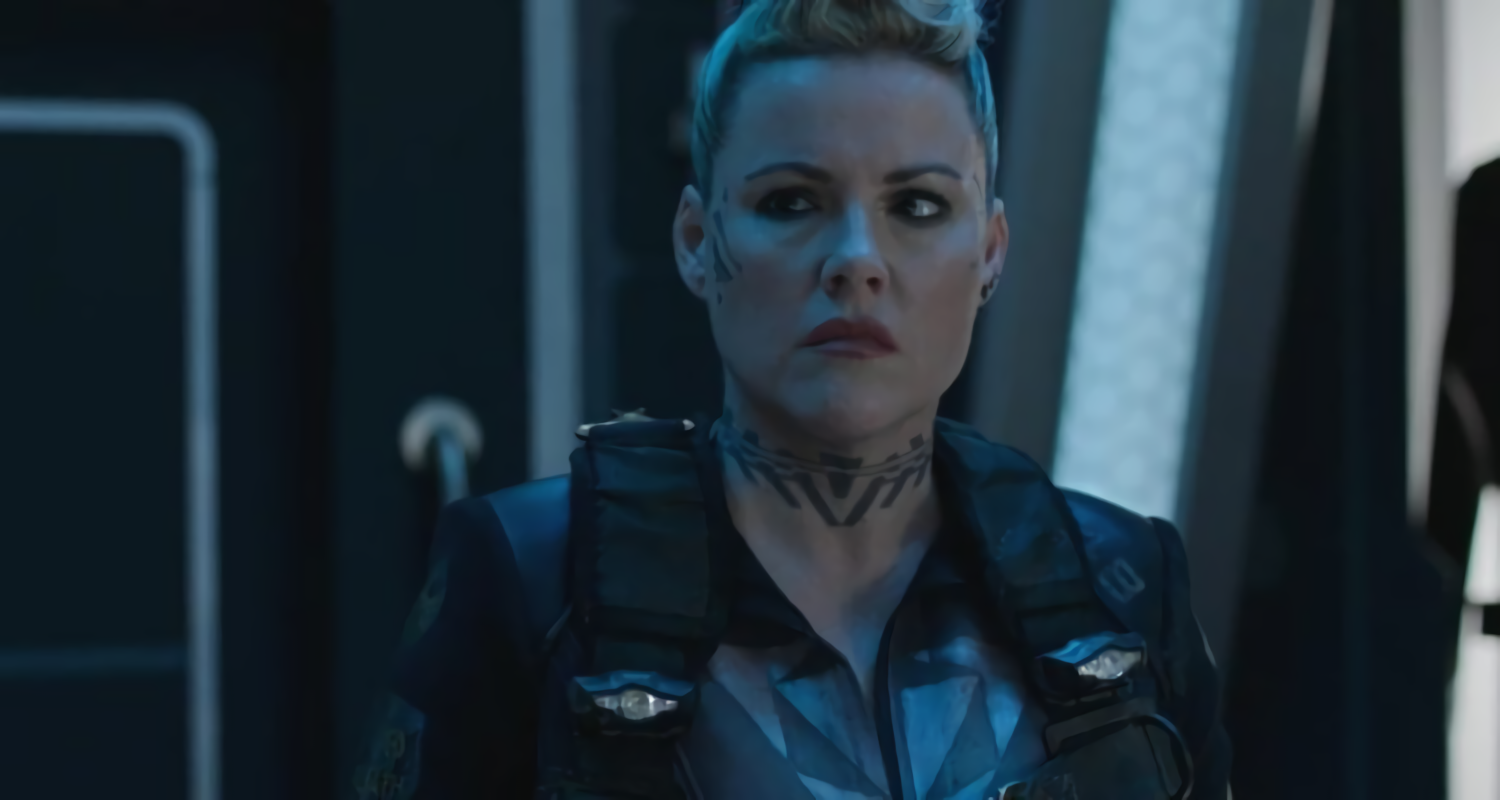 Whether viewers of The Expanse season 6 enjoy Marco Inaros as a villain or not, one thing’s for sure: everyone’s rooting for his downfall. The ironic thing is he could almost defeat himself through sheer pigheadedness if not for the fearless advice of a rising star in the Free Navy, a character by the name of Rosenfeld Guoliang, played by Kathleen Robertson. We asked creators Ty Franck and Daniel Abraham as well as showrunner Naren Shankar about the new dynamic Rosenfeld creates in the show.

Although Rosenfeld is a male character in the James S. A. Corey novels upon which The Expanse is based, both he and the television version act as a voice of reason within Marco’s inner circle. “She’s an established character [from the books], one of the Free Navy,” says Franck. “But more than anything we needed somebody for Marco to have conversations with and to be plotting and strategizing with, and he’s kind of killed all of his other allies. So he’s running out of friends at this point.”

Rosenfeld also acts as a type of father-son mediator in the tensions between Marco and Filip. “The Marco-Filip relationship is so key to the events of season 6,” says Shankar. “And literally every single person who was close to Marco — Cyn, Karal — all of those people are gone. So he’s isolated; Filip is isolated. It’s a natural place for a character like Rosenfeld to come in to sort of illuminate all of those ideas about the relationship.”

Rosenfeld’s motivations aren’t entirely altruistic or patriotic. We learned in a recent episode of The Expanse that this newly trusted lieutenant expects to rewarded with the governorship of Medina, the hub of the Ring space that leads to other worlds. Abraham notes that she wants “to take advantage of the power vacuum. When you have the new king rising up and he doesn’t have a full court, you go and see if you can maybe get your place there.”

Part of the reason Rosenfeld is successful is that she doesn’t cower before Marco’s violent outbursts that have his other followers in fear of his wrath. “Having her challenge him was also a nice way to expose to the audience the gaps in Marco’s plan because she’s pointing those gaps out,” says Franck. “‘Here’s the things you’re not thinking about,’ which is a nice way to let the audience know that this guy doesn’t have a great plan. He’s kind of winging it.”

Hopefully, Marco’s lack of planning and unquenchable thirst for validation will lead to his inevitable defeat in The Expanse series finale. Holden may have been forced to pass up his opportunity to take the Belter leader out, but perhaps Drummer, who issued a broadcast insult that’s certain to ruffle Marco’s feathers, will have more success, if not the coalition forces amassing to bring the terrorist down. If so, Rosenfeld’s plans will be for naught, but if Marco has any chance for success at all, he would be well-advised to pay attention to this wise but calculating advisor.