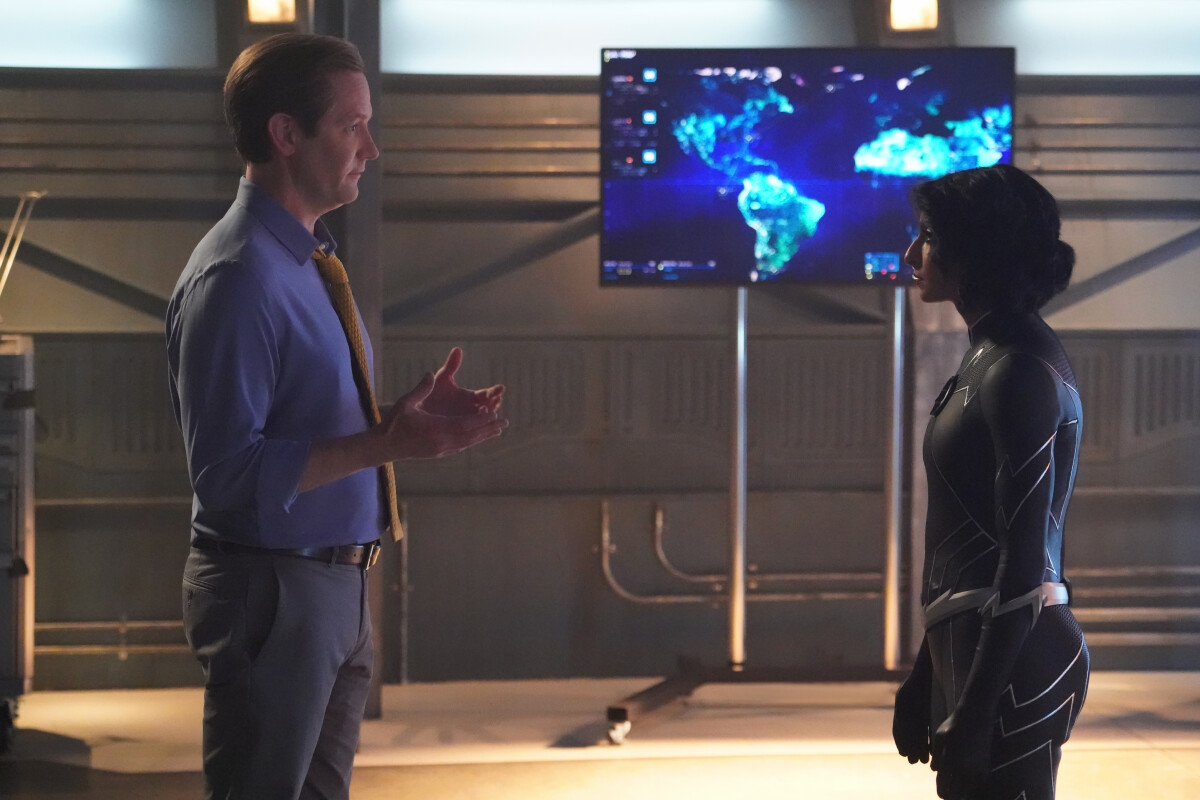 This article contains spoilers for The Flash

Few things are certain in the world of The Flash and several are downright inexplicable (you try coherently describing how the Forces of Nature are meant to function as both people and physical places, is what I’m saying). But one thing is always true: No matter what timeline or time period we’re talking about, The Reverse Flash will do his best to bring down Central City’s hero. Even when Eobard Thawne doesn’t have access to his powers and by all rights should be dead.

The Flash season 8 not only saw Barry Allen save his archenemy’s life in the wake of the Armageddon event but strip him of his speed in the process, leaving him a depowered prisoner in ARGUS’ high-tech security facility on Lian Yu. And, for most of the season, that seemed to be where the show would leave him, possibly forever. Which is probably why it felt like such a shock to see Deon kill Thawne in the opening moments of Season 8’s penultimate episode, “Negative, Part One,” leaving his drained body a husk of itself on the floor of his cell.

But, if you’ve watched The Flash for any length of time, you probably already knew that death wasn’t exactly going to stick. After all, it never has before.

“Nobody ever really, truly dies in the multiverse,” Tom Cavanagh, who plays the Reverse Flash, tells Den of Geek when asked about the apparently unstoppable longevity of his villain. “In a multiverse filled with timelines, it makes it easy for [them] to still be there, you know what I mean? And so we can take advantage of that. And I think we do it without abusing the trust of the viewers.”

What’s different about this particular Reverse Flash comeback, however, is not just how complicated it is, but how shocking the specifics surrounding this particular resurrection are.

Season 8 had already featured the return of the Matt Letscher version of Eobard Thawne (last seen—and somewhat reformed—on Legends of Tomorrow) and given him a genuine love interest in the form of new speedster Meena Dhawan. Strange as it seemed, for a moment it honestly felt as though this character might be on a path to, if not outright redemption, at least a fresh start and a different type of story

Or so it appeared until Cavanagh’s Thawne literally burst out of the Letscher version’s head at the conclusion of “Negative, Part One.” Yes, you read that right. How precisely the dead Reverse Flash is now alive again in the body of a previous version of himself—and how all that ties into both the arrival of Negative Forces and the ongoing question of Iris’ time sickness— is something the season finale will have to answer. But it certainly made for a jaw-dropping final few moments.

“I want to give full credit to the writer’s room because that’s got nothing to do with me,” Cavanagh laughs. “What I will say about what I contributed to that, and what Matt Letscher contributed to that is that you earn your story. You can have a jump scare, but a jump scare that is unsupported by story is just a scare. But a visceral moment that is supported by years and years of story works really well.”

Cavanagh goes on to describe his “perfect example” of this phenomenon, citing The Flash season 1 episode “Out of Time,” in which Thawne kills Team Flash member Cisco Ramon.

“When I stick my hand through Cisco Ramon’s chest in season 1, it’s a stunning and shocking and visceral—no pun intended—turn of events and one of the highlights (lowlights?) of The Flash television series canon,” he says. “And of course, both Cisco and I went on do a number more years on the show, right? And yet it didn’t dissipate how shocking that moment was.”

Cavanagh is proud that the end of “Negative, Part One” still feels shocking, even though most viewers “who have ever watched the show before” were probably aware that his Thawne would likely return in some form, despite his apparent death at the beginning of the episode.

“Think about that for a second: When you think about all the different shows you [watch], when’s the last time you had a moment [that you didn’t see coming]? Hopefully, you have a lot of them but, those moments are so gratifying to the viewer. And there’s so little to do with Letscher and Cavanagh and so much more to do with the sculpting of the moment, the storyline brought forth by the writer’s room.”

Part of the trick, Cavanagh claims, is that the story plays on our desire as viewers to believe in that version of Thawne’s turn to the light, that both his love for Meena and his desire to be a good man for her are real.

“We’ve traveled alongside these two guys and we’ve spent time with them, so it’s visceral and unexpected when something like this occurs. And I think the writers’ room did a great job of supporting such a shocking moment by the story that leads up to it,” he says. “Because you’re allowed to believe certain really good things, and you want to believe those good things. You want the dark to extinguish a little bit. You want to savor the light.”

Yet, at the end of the day, The Flash will always come back to the central conflict between Barry Allen and Eobard Thawne, because it is a driving emotional force behind the show, and has been since the beginning.

“You need to know who The Joker is to The Batman,” he says. “The whole season 1 revolved around Flash and Reverse Flash. Very simple storytelling but great too because you didn’t know who the villain was. Could it possibly be this guy in a wheelchair who’s a mentor? If you ask me the genius of the Thawnes is what that very first writer’s room wrote—that he had a reason, and he had a purpose, and he needed Barry. And that bond, that intimacy is what actually made [it] so much more compelling [to watch].”

It’s also why the show keeps coming back to the pair over seasons and years’ worth of story.

“Part of the reason it’s as gratifying as it is is that ultimately if you look at it, if you parse the numbers, we don’t often do it. And so it still is as invigorating as ever,” Cavanagh says.  “He is someone on a mission, consumed with that mission, and bonded to Barry in ways that no other being is. I think that’s what makes him, maybe…I don’t know what description [you] would use, but maybe the purest villain or…there’s no other villain that shares that bond, that intimacy. And I think that’s what makes things light up and crackle when they face off against each other.”

Perhaps the greatest irony of the season, however, is that Barry could have stopped all of this, had he only allowed Thawne to die during Armageddon. But, according to Cavanagh, that’s the sort of thing that Barry would (or should) never be able to bring himself to do never do.

“Honestly, I think the one thing that would corrupt Barry is if he ever finally even for a moment, stooped to the level of [his] archenemy,” he says when asked whether the speedster was right to save Thawne’s life earlier this season. “He needs to be the better man. The fact that conflict is drawn from that makes that conflict a worthy obstacle to explore and to try and overcome, and that conflict occurs [precisely] because Barry is so good.”

In Cavanagh’s opinion, that’s why Thawne serves such an important role on The Flash’s canvas in the first place.

“Barry Allen is such a light. But you need to have a dark, and Thawne is that dark,” he says. “You can’t have a light without a dark to put it in. And any dramatic show needs that light in the dark. And there you have it. That’s what those two people are for each other.”

GamesMaster: Before YouTube and Twitch, Sir Patrick Moore’s Floating Cyborg Head Was the Best in Gaming TV
Better | Marvel Studios’ The Falcon and The Winter Soldier | Disney+
A Motivational Message from Thor: Ragnarok’s Cate Blanchett
Classic Lord of the Rings Character Will Finally Return in The Rings of Power Season 2
Helaena the Dreamer Keeps Spoiling House of the Dragon