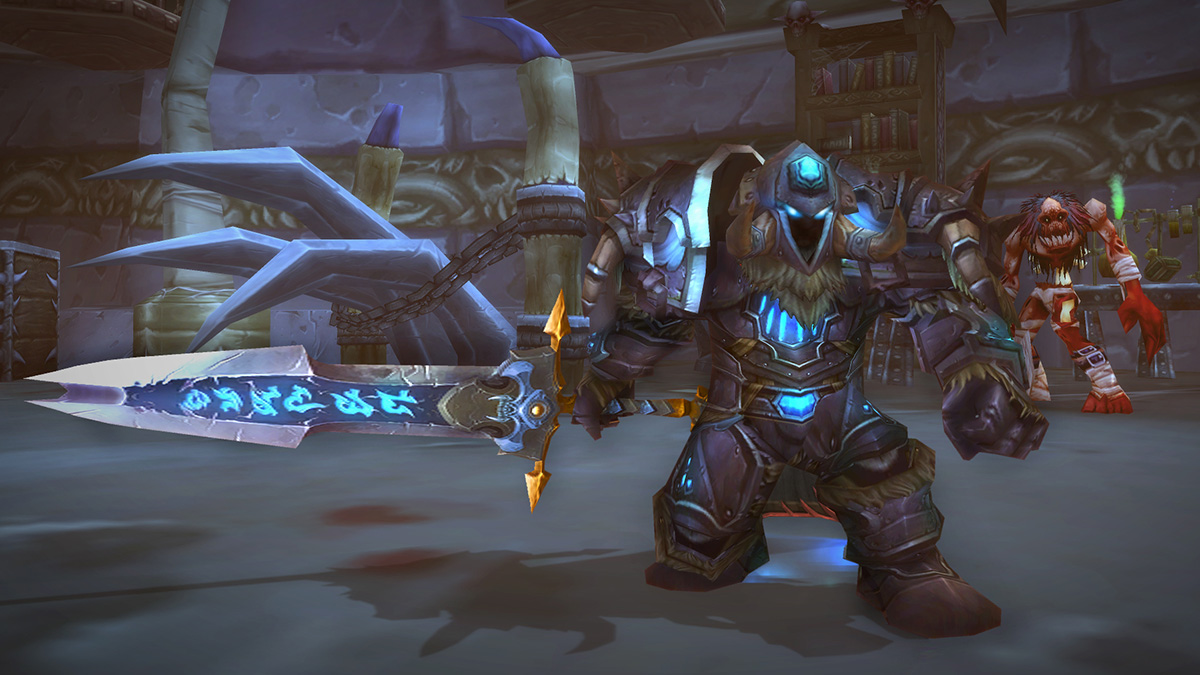 Activision Blizzard is currently under investigation following accusations of harassment, discrimination, and fostering a hostile work environment. You can read more about the investigation here.

As WoW Classic players everywhere prepare to land at Northrend and experience Wrath of the Lich King once more, Classic players old and new already find themselves wondering how long it will take them to reach level 80 and begin experiencing WoTLK‘s end game as quickly as possible.

Truth be told, the answer to that question is pretty complicated. WoW Classic‘s brief history has taught us that leveling expectations for “old-school” WoW content have changed a lot over the years. Thanks to new optimization techniques and leveling strategies, processes that used to take weeks now take days or even hours. Furthermore, specific leveling times are greatly impacted by your skill, familiarity, and chosen class. Two players with wildly different variables in those key areas following the same leveling path will achieve different results.

That being said, we do have a pretty good idea regarding roughly how long it will take you to hit WoTLK‘s level cap based on common factors, basic approaches, and available pre-patch data. Here’s what you need to know.

World of Warcraft – Wrath of the Lich King Classic: How Long Does It Take to Go From Level 70-80?

It will take most players about 24-48 hours to go from level 70 to level 80 in Wrath of the Lich King Classic. The somewhat extreme gap between those estimates can be attributed to a variety of factors.

First off, that 24-hour estimate only applies to experienced players using optimized strategies and specialized classes. Even then, it might be a pretty generous estimate. Furthermore, that time could be greatly impacted by server issues and other player congestion factors that will inevitably slow down your progress. Granted, some estimates suggest that speed clearers might be able to go from 70-80 in 20 hours, but that particular estimate is based on a ton of things working out in that player’s favor.

The “average” WoTLK player is probably looking at 35-48 hours to go from level 70 to 80. Even that estimate is based on the assumption that you won’t get too lost along the way or won’t run into a variety of factors that don’t work out in your favor. The WoTLK leveling process is actually pretty friendly (more on that in a bit), but you know what they say about the best-laid plans. Even still, you should be able to hit the new level cap in less than three days of play time so long as you’re consistently finishing quests and participating in group content when available.

World of Warcraft – Wrath of the Lich King Classic: How Long Does It Take to Go From Level 1-80?

If you’re interested in leveling a character from scratch in celebration of Wrath of the Lich King‘s release…well, you’re not alone. Whether players are trying to level up a new class that’s a better fit for the expansion or they simply feel like going through the whole WoW experience again, going from 1-80 isn’t quite as crazy as it might seem.

However, there are a few key factors to consider before you take that estimate to heart. First off, those leveling from 1-80 with friends will have a much easier time hitting the level cap in under 200 (or 150) hours. Leveling is generally must easier with friends, and that’s especially true of those trying to work their way through legacy content that may or may not be currently supporting a larger number of active participants.

If you’re planning on questing…well, I hope you’re playing as a Hunter, Mage, or some other class that excels at AOE/pet-based solo leveling. Otherwise, you’re going to hit some minor roadblocks on your journey that will be made that much worse if you’re not able to join the occasional dungeon group.

What Is the Fastest Way to Level From 1-80 in Wrath of the Lich King Classic?

First off, I highly recommend consulting professional guides on this very subject. A ton of people put a lot of work into optimizing WoW leveling runs, and anyone looking for a step-by-step leveling process should really consider taking advantage of their considerable efforts. Specifically, I highly recommend these guides from Icy Veins or these guides from Legacy WoW for more information regarding the specifics of every optimized leveling process.

Generally speaking, though, you should know that WoTLK was designed to streamline the basic leveling process. While The Burning Crusade leveling process was much quicker than it was in WoW Classic thanks to that expansion’s logical quest progression systems and zone refinements, WoTLK takes those ideas to new levels. It’s fairly easy for any player to start the new expansion’s quest line and follow that path all the way to level 80.

Having said that, anyone looking to speed up the leveling process will want to incorporate a few dungeon runs into their experience. The gap between leveling via quests and leveling via dungeon runs gets a little shorter in WoTLK, but dungeon runs are still the best way to go. As always, though, those runs require you to play with a fairly capable group of players whose schedules match your own as closely as possible.

Since it can be surprisingly difficult for the average person to find a group that matches their needs, most WoW players will end up relying on a blend of questing and dungeon runs. The good news is that the game was designed to accommodate that strategy, so you’ll hit the level cap in roughly “average” time via that method.

Finally, some classes are still better at leveling than others, though the gap between the classes is closing. Mages and other AOE classes can still take advantage of valuable “farming” spots, though that method will likely be most appealing to those looking to level up a specific class as quickly as possible. Everyone else can just enjoy the fact that WoTLK features the most painless leveling system yet.

World of Warcraft Dragonflight: How Long Does It Take to Reach Level 70?
Black Lightning Season 2 Episode 1 Review & After Show
The Most Underrated and Overlooked Games of 2022
Westworld Season 2 Episode 5 Reaction & Review | AfterBuzz TV
Wednesday: What is a Hyde?