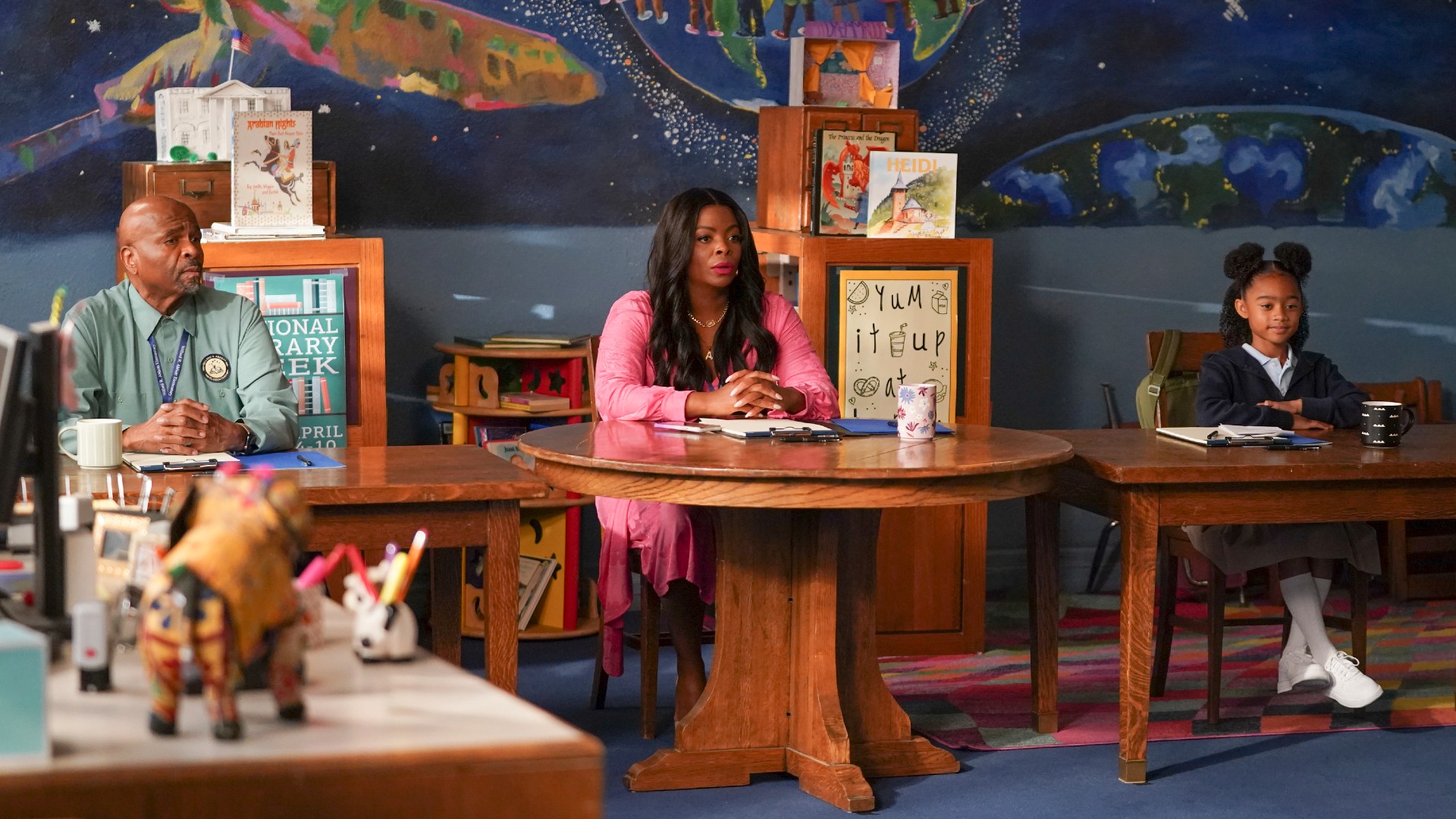 Abbott Elementary is at its absolute best when it finds a glimmer of hope in the depressing atmosphere that is underfunded public education. This week’s episode is another shining example of this, as the teachers of Abbott know better than to get their hopes up when new history books arrive on their doorstep in the mail. They immediately recognize the misdelivery, as the pristine texts were meant for the charter school a couple of blocks down the street. Wanting to know what the fuss is all about, Janine Teagues (Quinta Brunson0 and her coworkers hand-deliver the package to where it belongs and get a good look at just how much greener grass is on the sufficiently-funded side of the educational spectrum.

The charter school has a computer lab, new paint, and even a younger janitor. But the funniest interaction is between Melissa (Lisa Ann Walter) and another New Jersey-accented doppelganger who works at the school, a teacher who is revealed to be her sister at the end of the episode. Janine takes the field trip harshly, and she’s eager to use the grant money Abbott received recently to spice up the school and help turn it into something more modern, a place of education the kids and staff can be proud of.

Barbara (Sheryl Lee Ralph), Melissa and the other teachers are more interested in spending the money on small items like hand wipes and school supplies. They’re experienced in these types of matters and know that no amount of grant money is going to be able to make little old Abbott Elementary look like a privately funded charter school. Ava (Janelle James) decides to set up a Shark Tank-style pitch for the school to decide the benefactor of the grant money, and Janine enthusiastically knocks it out of the park asking for a single computer for the students to use.

This scene shows off Abbott Elementary’s greatest secret weapon: Janelle James. The comedienne came on as a little overbearing in the first few episodes of the series, but she has carefully crafted a principal who cares a lot for her school, but has an odd way of showing it. Her quick line delivery and witty retorts to the other character’s desires and opinions never fail to make audiences burst out laughing several times an episode.

And even though no actual Sharks appear from the ABC reality series, the pitch segment is a great allusion to one of the network’s other popular shows, something broadcast television still has the ability to do when they want to advertise their other products. Janine wins the pitch, but her success is quickly sidetracked by an invasion of rats from the charter school next door. The school doesn’t have the money to pay for the computer and the exterminator, so they obviously have to go with the latter, much to Janine’s dismay.

The computer isn’t important for its practical uses as much as for how it’s supposed to make the kids feel. Janine wants the students to know they matter, even if the money says otherwise. Ava is able to understand this plight, a big part of character development since the first season, and splurges for a water ice truck for the little tykes to enjoy. This dessert is a classic Philadelphia treat, and it makes Abbott the school of envy for others in the city for once.

The B-plot of the episode swiftly fast-tracks the potential for Gregory and Janine to start exploring their feelings for each other more throughout the season. Gregory (Tyler James Williams) has a hard time breaking up with Barbara’s daughter, someone he’s been dating since the middle of the first season, but he doesn’t have; she breaks up with him first. Janine tries to comfort Gregory over the break-up, but it’s clear she’s happy about that romantic door being cracked open for her. This mingling of school and personal life storylines for the teachers is something this show continues to handle artfully.

Abbott Elementary is able to prove yet again how the best schools are made up of caring, compassionate, and hard-working staff and students. The technology, supplies, and amenities of upper-class education look nice on the outside, but they don’t mean much if the community using them is undedicated to the cause. Abbott’s half glass full crew ends another optimistic half-hour in usual style: simultaneously making a call to action for more funding, while recognizing that teachers around the country will continue to forge through if they don’t receive it.