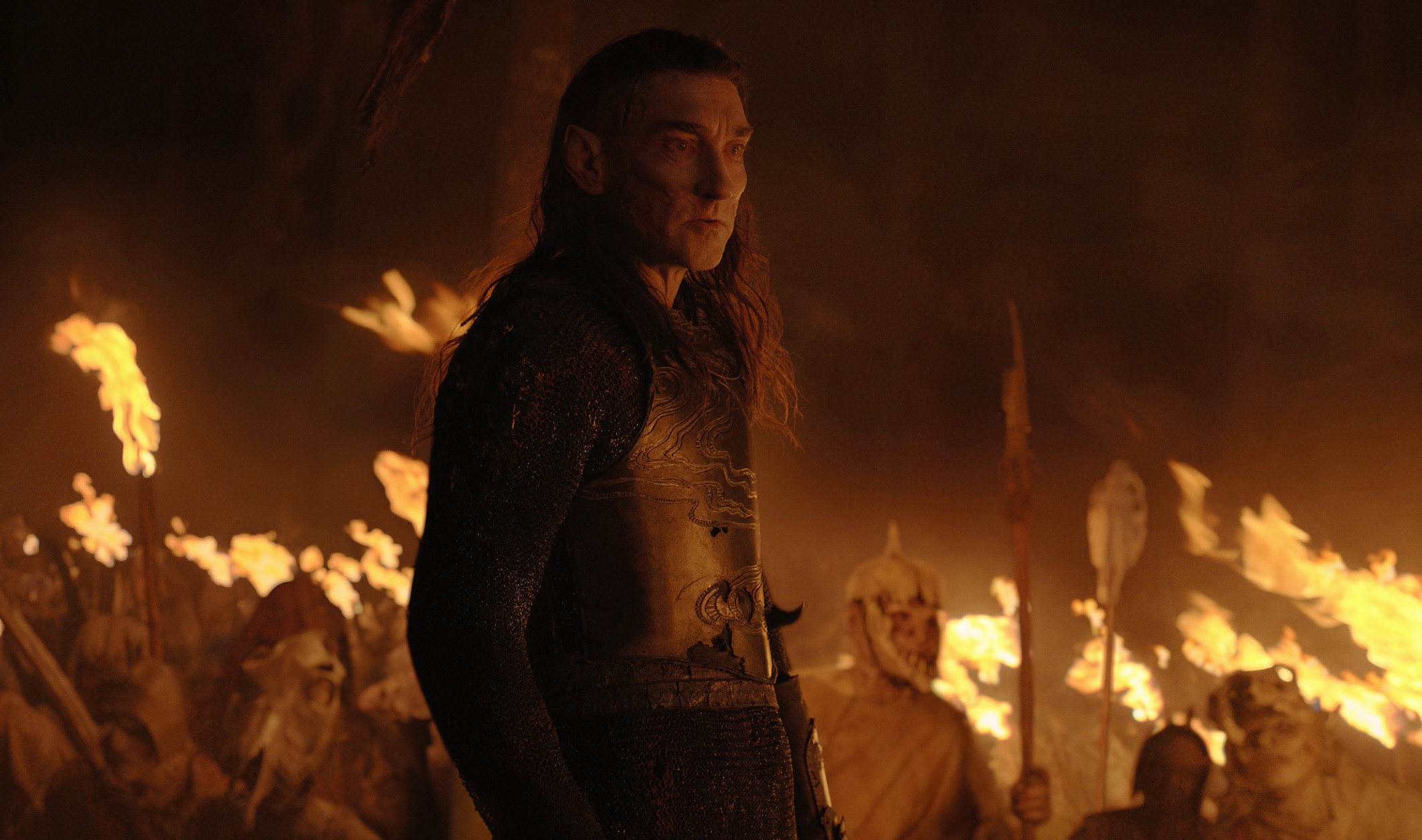 This Lord of the Rings article contains spoilers for The Rings of Power.

In episode 6 of The Rings of Power, Adar and Galadriel talk about the nature of Orcs, whom Adar calls his “children” and Galadriel calls “slaves.” By diving into the origins and nature of Orcs, the series puts its own spin on a long-running debate among Tolkien fans – what exactly are Orcs anyway?

When Galadriel calls Adar‘s kind — captured Elves tortured and twisted into becoming Morgoth’s evil minions — “Moriondor,” which translates to “sons of the dark” in Elvish, Adar says he prefers the term “Uruk,” which is the word for “Orc” in the Black Speech of Mordor. He’s not implying that he and his followers are a different breed of Orc, but just expressing a preference for their name in their own language.

Some viewers might immediately assume Adar’s Uruk is the same as the Uruk-hai featured in The Lord of the Rings movies, but the Uruk-hai are actually a later group, a different breed of Orcs created in the Third Age. Peter Jackson’s movies had Saruman create them – the books don’t specify (though they imply they were probably created by Sauron and used by Saruman) but it’s clear they are a “new breed” that the heroes of The Lord of the Rings haven’t seen before. They can move in daylight, as well as being stronger and faster, and so are clearly different from Adar and his earlier “children,” who can’t function in the sun.

But the problem with talking about the origin of Orcs is that J.R.R. Tolkien kept changing his mind about it. Adar and Galadriel’s conversation gets to the heart of why he struggled so much, and it comes down to his Christian faith and the theological aspects of his mythology. The Christian theological side of Tolkien’s work is far less well known than that of his friend C.S. Lewis, who was a famous lay theologian and whose use of the character of Aslan the lion as a Christ figure has annoyed many critics and writers over the years. Tolkien may have been one of them; he and Lewis were different Christian denominations – Lewis was Protestant and Tolkien was Roman Catholic – and Tolkien didn’t like allegory very much.

But Tolkien’s works are also Christian works if you dig deep enough, and this where Galadriel and Adar’s argument about Orcs comes in. The issue Tolkien had with Orcs was that he had created a whole race of beings that was basically evil. Orcs are nearly always seen serving Morgoth, or Sauron, or Saruman after his turn to the Dark Side. When they’re not serving some kind of Dark Lord, they’re hanging around the Misty Mountains attacking passing Dwarves (and one Hobbit).

Having made up this completely evil species of beings, Tolkien had a problem. Life in his lore was created by Ilúvatar, who is basically God. Ilúvatar is the “One,” the “Master of the Secret Fire” that Adar mentions to Galadriel. When Gandalf tells the Balrog of Moria that he is a “servant of the Secret Fire,” he’s referring to Ilúvatar and the power of creation that comes from this fire.

Since Ilúvatar is inspired by the Christian concept of God, he can’t directly create anything totally evil. So Tolkien’s initial idea was that the Orcs were created by Morgoth. Morgoth is one of the Valar, the Children of Ilúvatar, who are a bit like Christian saints, Christian angels, and pagan gods and goddesses, all rolled into one. Morgoth is a bit like Lucifer, a Valar who defied Ilúvatar and turned to the dark side, just as Lucifer/Satan is a fallen angel. In early versions, eventually published after Tolkien’s death as The Book of Lost Tales, Morgoth created the Orcs as a “mockery” of the Elves, to mock Ilúvatar.

But then Tolkien decided that wouldn’t work either, because only Ilúvatar can create life. This is where we get to the version of the origin story that appears in The Silmarillion, where Tolkien suggests that Orcs are Elves who were “corrupted and enslaved” in the “pits of Utumno” and in this way Morgoth was able to “breed the hideous race of Orcs.” Utumno, one of Morgoth’s fortresses, was also known as “Udûn,” which is the title of episode 6, and this seems to be the version the show is going with.

Christopher Tolkien explained in his History of Middle-earth that Tolkien had made a note on this particular bit of lore in the margins, saying “Alter this. Orcs are not Elvish.” Presumably Tolkien had decided that his wonderful, beautiful, noble Elves couldn’t possibly be “corrupted” into evil Orcs. The text of The Silmarillion also says only that some of the Elves thought that this was the origin of Orcs, which gives some room for interpretation.

In other words, Tolkien toyed with a few ideas about their possible origins, including the idea that they were animals given speech by Morgoth, who didn’t have rational souls – Catholic theology says that animals have souls, but they are different from human souls. Another idea was that they were corrupted Men, since they were a lot more corruptible than Elves in Tolkien’s legendarium.

All of this theology is at the heart of Galadriel and Adar’s conversation in episode 6. Adar insists to Galadriel that he and his “children” (it’s not clear whether he means that literally or not) each have a “heart.” Galadriel claims that their hearts are created by Morgoth, but Adar insists that they’re creations of Ilúvatar just like her.

The show seems to be using “heart” instead of “soul” to get across the same basic concept. Galadriel thinks the Orcs are entirely evil creations of Morgoth, and calls them “a mistake, made in mockery.” She’s going with the Book of Lost Tales version. But Adar tells her they are creations of Ilúvatar, with the same spark of life, and specifically calls himself an “Elf… transformed by darkness” so he is very clear that he identifies as an Elf who has been transformed into an Orc. He’s going with the Silmarillion version. Both interpretations can be justified by different bits of Tolkien’s texts, but it seems so far that the show overall is leaning toward Adar’s explanation on this one!

Lord of the Rings: The Rings of Power is streaming now on Amazon Prime Video.