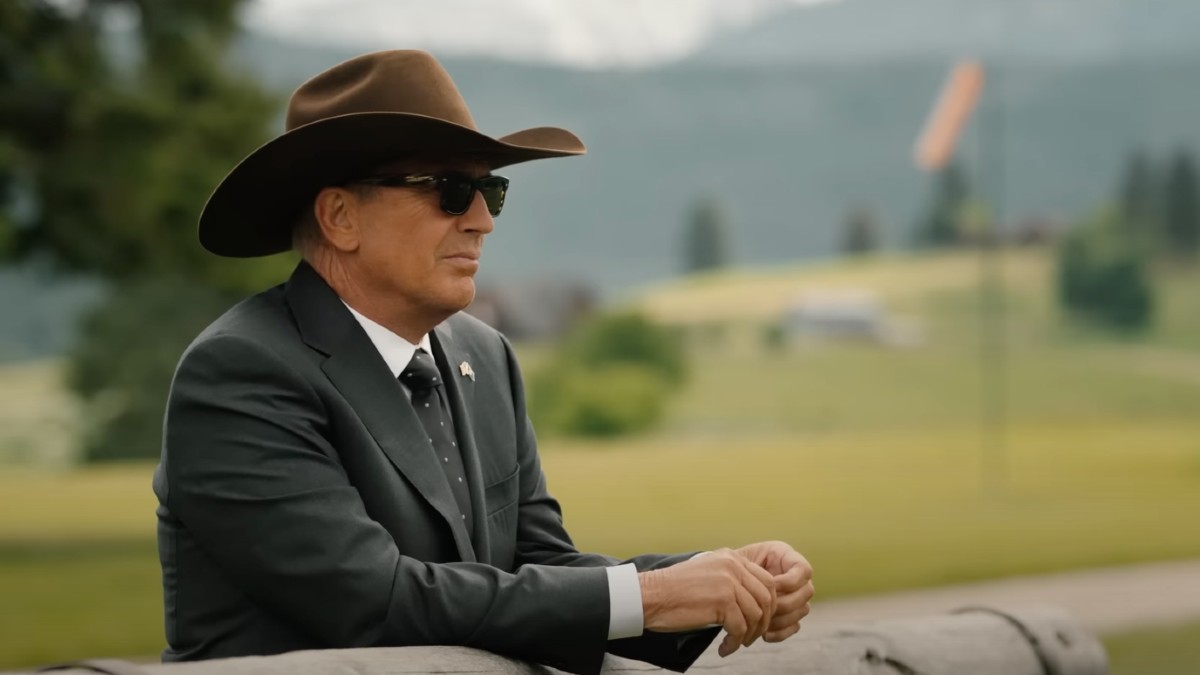 In its fourth season, Taylor Sheridan’s neo-Western series Yellowstone drew in an average of around 9 million viewers per episode on Paramount Network, proving it remains as much of a force as the dramatic family it focuses on. With the recent release of the season 5 trailer, it appears as if the show has no intention of slowing down.

Let’s break down the story threads the trailer has all but confirmed, some of the major hints it gave us, and what it could mean for our family of anti-heroes.

John is Sworn In as Montana Governor

In the last few episodes of season four, we didn’t hear much about the gubernatorial hopes of Dutton patriarch, John (Kevin Costner). In one of the more memorable moments, John pulled the rug right out from under his adopted son, Jamie (Wes Bentley), breaking Jamie’s fragile heart once again. After that, the future of John’s political career was left open.

In the first seconds of the trailer, we see that John has in fact won the election and become Governor of Montana, as he’s being sworn in with Jamie and daughter Beth (Kelly Reilly) by his side. It seems unlikely that the show is going to waste any time on the actual campaign. There is a short clip of Jamie standing in what appears to be a campaign office with signs for his father’s election behind him, and the victory congregation on the television over his shoulder. These clips may be a quick glimpse into how the first episode opens, kicking it off with John’s victory with the remainder of the episode following how his tenure as Governor is going to shake things up.

In one of the most impressive shots of the trailer, John can be seen wandering down a hallway, looking professional in his dress-blacks, with Beth to his left and former governor and sometimes lover, Lynelle Perry (Wendy Moniz), to his right. With two of the strongest women in his life behind him, it’s no surprise that John won the election.

In perhaps a welcome change from the constant tension between Jamie and Beth, we see the two perhaps on the same page, as Jamie is seen giving both Beth and his adopted father advice on the dirty political game. This, as always between Jamie and the pure-blood Duttons, may be an uneasy peace, but for now it would seem Jamie has accepted his new fate, and once again belongs in the pocket of John.

We also get a glimpse into how quickly John will manipulate his newfound position, as the trailer shows him slamming a large conference table with his fist and declaring that all present staff are fired. Immediately after, John is seen appointing Beth as his new Chief of staff. Considering how often Beth has been the family pitbull when it comes to their ruthless business endeavors, the power behind the throne became a little more powerful herself.

When John is sworn in, there’s a great line delivery by Costner where he speaks of protecting Montana against threats both “foregin and domestic.” The metaphor is clear. By “Montana,” he means his family, and by “enemies foreign and domestic,” he’s referencing the antagonistic forces that have often come for the Duttons. This is a powerful reminder of why he took the position of Governor in the first place – to protect his way of life and the Yellowstone ranch.  The trailer edits in two quick shots of some familiar foes, Caroline Warner (Jackie Weaver) and Thomas Rainwater (Gil Birmingham).

Rainwater, who is often an uneasy ally to the Duttons, apparently has business with the new Governor, as he’s heard telling John, “We need to talk.” The two are seen outside, in a fairly private setting, which can only mean that what they’re about to discuss is not above board (as is often the case within the show).

Warner, that tiny bastion of profanity and ire, seems to be riled up even more than last season by the Duttons, as she has a few choice words about them. What’s most notable about the trailer in terms of this subplot is not that Warner now has a pitbull of her own. Newcomer Lilli Kay plays Clara Brewer, who is clearly a corporate ringer, as Warner is seen ordering Brewer to “ruin” the Duttons, specifically telling her to go after Beth first. Perhaps Beth has finally met her equal.

There isn’t a ton of dialogue in the latter half of the trailer, as Paramount is really teasing the random fights that break out in the Dutton’s world – Beth’s bar room brawl, Teeter’s (Jen Landon) playful bunkhouse scrap with Ryan (Ian Bohen) and other chaos that surrounds the Yellowstone ranch, but one line of dialogue certainly sticks out.

Kayce (Luke Grimes) is adamant about the fact that he’s “doing this” for his father and not for himself, followed by a shot of him decking someone in the jaw. What act did Kayce have to perpetrate for John? It’s clear in season 5, Governor Dutton will keep using his children, and the power they wield in their positions as much as he can.

Kayce’s story looks exceedingly interesting this season. There is plenty of drama between he and his wife Monica (Kelsey Asbille) as during the closing montage, Monica can be seen breaking down in the kitchen in an emotional outburst. Later in the trailer, sporting a newer shorter hairstyle, she boasts about giving “everything to the land”. Could this possibly be the season we see Kayce and Monica split up for good, and go their separate ways? Could Monica even, perhaps … die?

Anyone who knows the show also has to realize Kayce’s punch is far from the only violence we’ll get this season. There’s one intriguing shot where Kayce and an unidentified partner are shown behind the scopes of some powerful firepower. That partner resembles Yellowstone hand Colby (Denim Richards) but there hasn’t been anything in Colby’s story so far that would suggest he has that kind of weapon training. What is clear is there is a large-scale operation where the Yellowstone team, in the cover of darkness has assembled in numbers to take down some faction which stands against them.

Another intriguing glimpse into things to come are the shots of Rip (Cole Hauser), Lloyd (Forrie J. Smith) and other Dutton hands disposing of garbage bags full of something (or someone). In several shots they can be seen throwing these bags into the river, and even an incinerator, which precludes the Duttons getting rid of some damning evidence. What remains to be seen is what latest law they have broken, what they’re hiding, or perhaps, who they are framing for the crime.