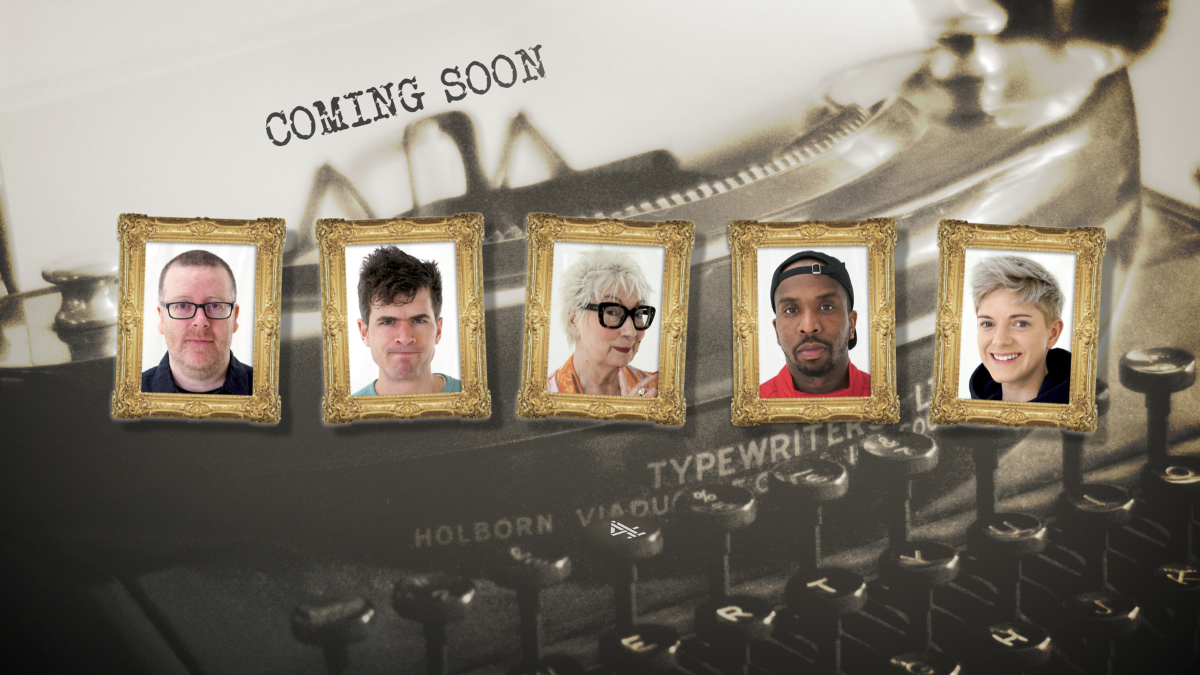 Delayed gratification is all well and good, but let’s be honest: we all prefer the instant kind, so it’s a good job that as soon as one series of Taskmaster finishes, the line-up of contestants for the following series is revealed.

We’ve just said goodbye to Fern Brady, John Kearns, Munya Chawawa, Dara Ó Briain and Sarah Millican as Series 14 reached its climax and Dara Ó Briain was crowned the Taskmaster champion. It was also the first time in Taskmaster history that there was a joint last place, with Fern Brady and John Kearns tying in fourth. It’s been an absolute banger of a series, with unwilling sabotage, outrageous cheating and lots of mucking about in an airport, so the next lot have got big shoes to fill.

Let’s take a closer look at the line-up for Taskmaster’s fifteenth series:

After four memorable years on Mock The Week and presenting his own BBC Two chat show, Frankie Boyle’s New World Order, since 2017, we’re sure you’re familiar with this Scottish stand-up’s particularly unforgiving brand of comedy. As the clips above prove, it’s usually best to get your winces prepared before you start watching a Frankie Boyle set, so it’ll be interesting to see how he fares up against the wrath of Greg Davies. We’re expecting sub-zero f***s given all round.

A former Loose Women panellist, co-creator of Grumpy Old Women and stand-up veteran, Jenny Eclair will take no nonsense whatsoever, and we can’t wait. There’s nary a filter in sight when Eclair gets going (we wouldn’t go playing the clip above in the middle of the office, for instance) so we doubt we’ll get many episodes in before she makes Alex Horne go all unnecessary.

He’s best-known for his portrayal of the happy-go-lucky Mike Cooper in Ghosts, and if Smith-Bynoe’s practical skills are anything as hopeless as Mike’s, we’ll be in for a treat when it comes to the building and inventing tasks.

After seeing his fresh, fast-paced sketch show Red Flag, we’re hoping he’ll bring some of this quick-thinking creativity to the show as well.

If their standup is anything to go by, Canadian-born Mae Martin is going to be an effortlessly relatable, delightfully self-deprecating hot mess on Taskmaster, and we can’t wait. They’re also known for their BAFTA-nominated performance in semi-autobiographical romantic comedy Feel Good on Netflix, which they star in alongside former Taskmaster alumnus Charlotte Ritchie.

Eton-educated Graham has devoted a lot of his standup to his privileged upbringing when appearing on shows like Mock the Week, Live at the Apollo and Russell Howard’s Stand Up Central. He also appeared on Have I Got News For You and Richard Osman’s House of Games, as well as alongside Series 14 contestant Fern Brady in the Dave travelogue British As Folk.

The Last of Us: How Long Does It Take to Beat the Games?
The only way you’ll get me to run is if a Allosaurus is chasing me.🦖 #short #shorts #scifi
The Witcher Season 1 Episode 5 “Bottled Appetites” | AfterBuzz TV
Dave Bautista Has Talked to James Gunn About Future DC Movie Plans
The Sandman | Comic to Screen: Hob Gadling | #Shorts