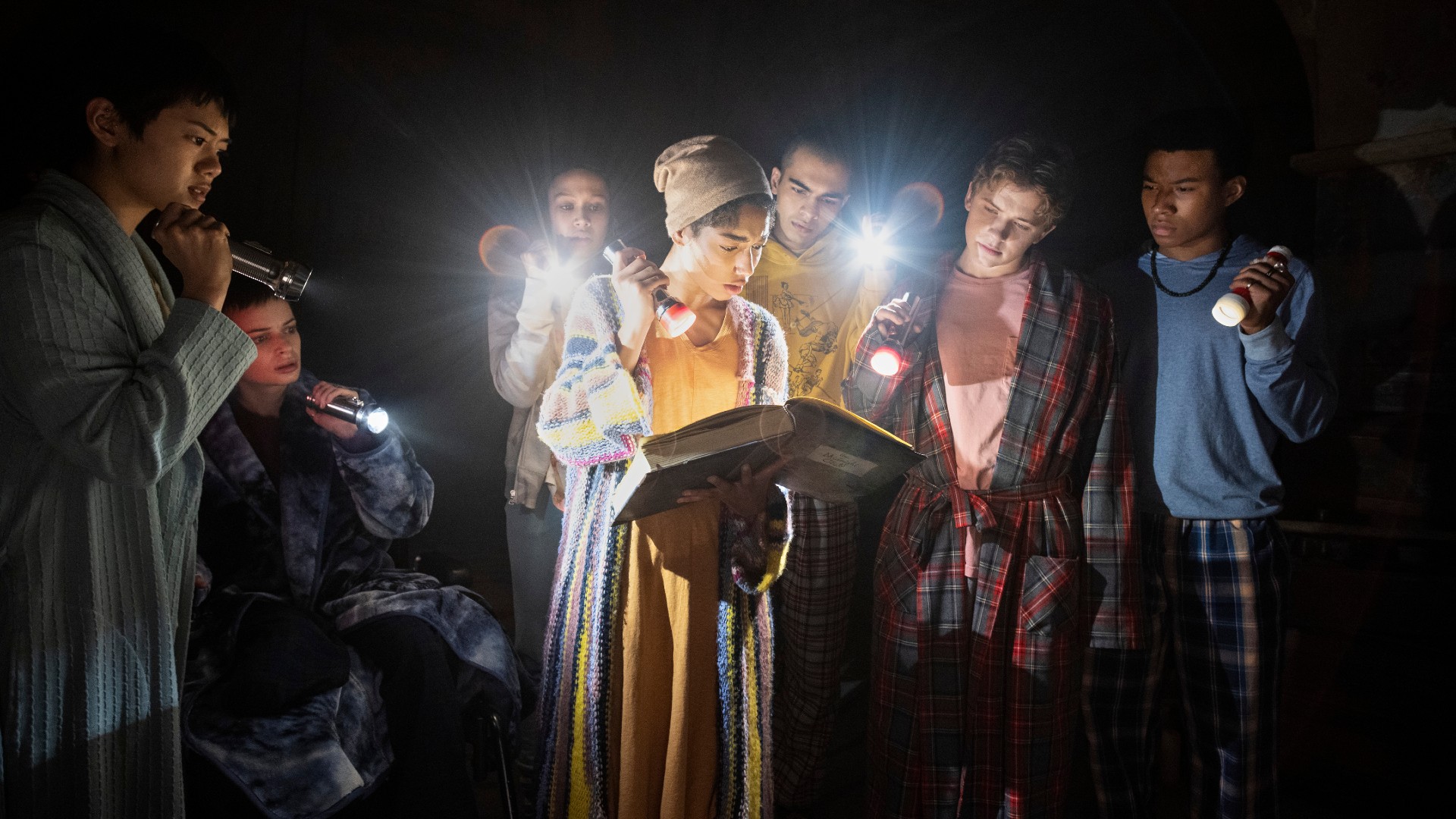 This article contains spoilers for The Midnight Club.

With the cancellation of The Midnight Club after its first season, it seems as though Mike Flanagan’s Netflix era may be coming to a close. The upcoming limited series The Fall of the House of Usher appears to be Flanagan’s last TV project under his pact with Netflix, and he and his Intrepid Pictures Partner Trevor Macy just signed an overall TV deal with Amazon.

While most of Flanagan’s Netflix projects were designed to be one season miniseries, he had at least one more season in mind to tell The Midnight Club’s story and left some things unanswered on purpose. Even though we won’t get to see the story of Brightcliffe continue onscreen, Flanagan was kind enough to share answers to questions left by season 1 as well as how he and Leah Fong hoped to end the second season on tumblr.

The True Identity of Dr. Stanton

At the end of season 1, we see Dr. Stanton (Heather Langenkamp), the owner and matriarch of Brightcliffe, remove her wig for the first time, revealing an hourglass Paragon tattoo on her neck. However, despite her now blatant connection to the deadly cult that once called Brightcliffe home, Flanagan reassures us that Dr. Stanton’s intentions are still noble.

In his post, he confirms that Dr. Stanton was once Georgina Ballard a.k.a Athena a.k.a the daughter of the Paragon’s leader Aceso. It’s her old diary that both Julia (Larsen Thompson) and Ilonka (Iman Benson) find during their time at Brightcliffe. According to Flanagan, “[Dr. Stanton] hated what her mother became, and the atrocities of the cult. She reclaimed the property after her mom was gone, and wanted to change it into a place that celebrated life. She was trying to undo her mother’s legacy and leave something behind that was beautiful.”

As for why she wears a wig, Flanagan said that season 2 would reveal that Dr. Stanton has been going through chemotherapy to treat cancer. Although she would eventually learn that her cancer is in remission, it would have been a very “introspective” arc for the Doctor as she continued to care for the kids of Brightcliffe.

Kevin and Ilonka Are Endgame

Kevin (Igby Rigney) and Ilonka finally share their true feelings for each other at the end of season 1 and decide to pursue a relationship together for as long as they have left. But it turns out that they are more than just two young people who get to spend the rest of their too short lives together, they are actually soulmates. According to Flanagan, Ilonka is the reincarnation of Brightcliffe’s first owner Stanley Oscar Freelan and Kevin is the reincarnation of his wife.

It turns out that the old man and woman that Ilonka and Kevin have been seeing aren’t malicious spirits, but rather manifestations of their past lives trying to seep into their current memory. Stanley built Brightcliffe hoping that the fresh seaside air would help outlive a terminal prognosis. And while Stanley was able to live a lot longer than he thought he would, his wife began to “succumb to dementia.” That’s why the secret basement of Brightcliffe has the landscape paintings, so that Stanley’s wife could still see the beauty of the world even when she refused to leave the basement.

Whenever Ilonka’s time would come at the end of the season, the shadow would help her remember this past life, offering her peace as “she realizes she has nothing to fear. She and Kevin will shed these personas and be reborn, and have the joy of finding each other another way.”

The Fate of the Core Cast

While Anya’s (Ruth Codd) death was definitely one of the saddest arcs of season 1, it seems as though season 2 would have been even more emotionally devastating. Not only would Anya return, living through her friends’ stories in The Midnight Club and reminding us of how hard it is to say goodbye to those you love, but most of the core cast would also succumb to their illnesses throughout the season.

The first would be Amesh (Sauriyan Sapkota), whose glioblastoma would advance even more rapidly than we saw at the end of season 2. Flanagan promised that we would still get to see Amesh and Natsuki’s (Aya Furukawa) love story play out for a couple more episodes, but that it would be “clear that Amesh’s death is imminent.” Natsuki would then die shortly thereafter.

As with Sandra’s (Annarah Cymone) remission at the end of season 1, Spence (William Chris Sumpter) would similarly see his HIV prognosis change. Flanagan hoped to explore Spence’s story alongside the advancement of HIV treatments in the late ‘90s, and planned to send him home from Brightcliffe at the end of season 2 “heading off to manage his disease and live the rest of his life.”

Kevin and Ilonka would then be the last of the core cast to die, learning of their past lives as they move on from this one. Cheri (Adia) would be the last remaining member of The Midnight Club, and the season would end with her telling the story of her friends to a new group of patients at Brightcliffe.

I don’t know about you, but all of this really makes me want to see another season of The Midnight Club. This ending could have seen the series go on for another season or two with the new cast or simply close with the openness of season 2’s ending. Regardless, I’m grateful that Flanagan took the time to share these answers with fans of the series – it’ll be one less thing to keep us up at night.

You can read everything that Mike Flanagan wrote on The Midnight Club’s second season here.

How Did the Cordyceps Infection Start In The Last of Us Games?
Dead Space Remake: How to Unlock Every Suit
The Witcher Season 1 Episode 5 “Bottled Appetites” | AfterBuzz TV
HBO’s The Last of Us: The Changes to Bill’s Story and the “Parallel Universe” of TV
Wynonna Earp Season 3 Episode 5 Review & After Show