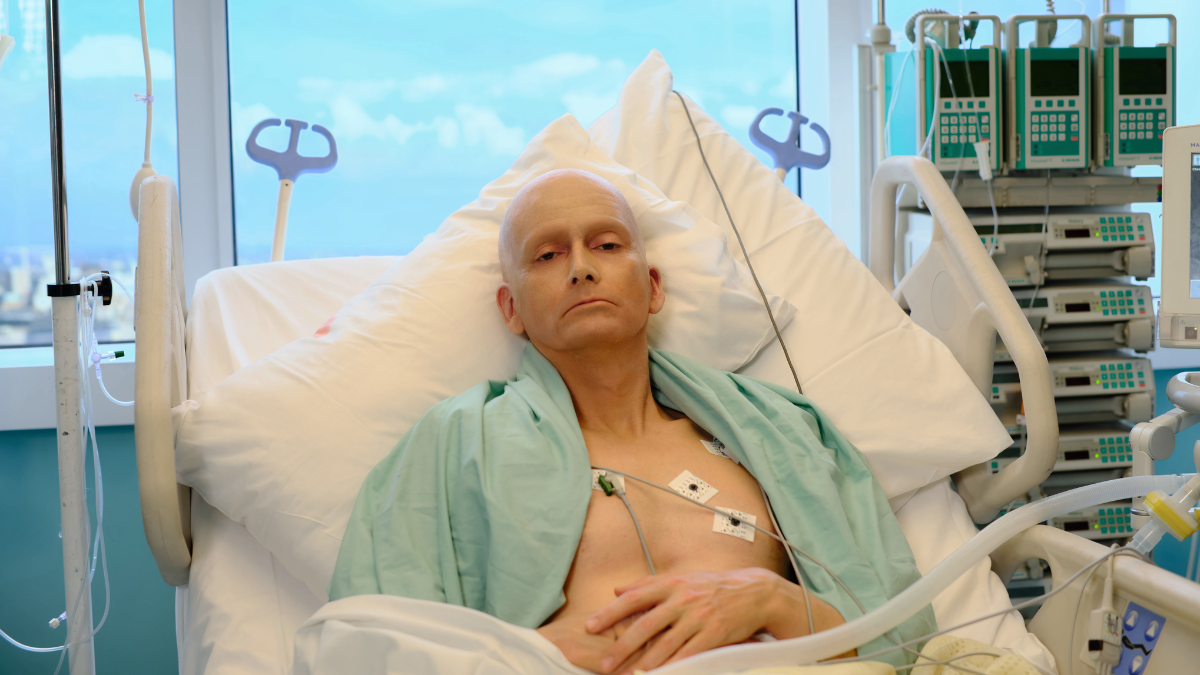 If you watched David Tennant’s captivating portrayal of Alexander Litvinenko as he lay dying and thought ‘You know what this needs? More arias’, then guess what? You’re in luck.

The bold, furious, highly effective ITVX drama Litvinenko might have left you wondering where you can find out more about what happened, or where else you can see this tragic, stranger-than-fiction true story brought to life. Believe it or not, the answers to both of these questions includes a modern opera.

The Life and Death of Alexander Litvinenko was written by former banker Anthony Bolton and debuted at Surrey’s Grange Park Opera in 2021:

Set over two acts, the opera tells the story using a multitude of flashbacks and flash-forwards, including the Moscow theatre siege in 2002 (which Litvinenko claimed was ordered by Russia’s own security services) to his exile from Russia and eventual assassination in London in November 2006.

This includes his death scene, which is based in part on Litvinenko’s real-life final statement, but as you can see from the clip below, it reduces what was a powerful statement to a protracted and sometimes repetitive address, which doesn’t do the original justice. This tendency to repetition is a flaw throughout the opera, and Bolton’s seemingly earnest attempt to tell us all the facts and really delve into the details behind the case has resulted in a drawn-out, almost preachy production.

Sung in English, the production uses extensive historic film footage, and can be viewed in its entirety (if you’re into that sort of thing) on YouTube:

When the reviews poured in after the production opened last July, it probably wasn’t one of Bolton’s best days ever, as while the staging and some of the performances were praised, the music was fairly unanimously panned.

While The Guardian gave it the back-handed compliment of being ‘half-decent’ and ‘heartfelt but flawed’, The Telegraph said it was ‘hobbled by a hectic score’, The Independent called it ‘overlong and anonymous’, and The Times’ Richard Morrison said it was ‘worthy but dull… shame about the music.’ Yikes.

To be fair, Marina Litvinenko was pleased with the way the production shone a spotlight on her family’s story.

It’s not the first time Litvinenko’s poisoning has been depicted on stage. The Crown’s showrunner Peter Morgan also features Marina Litvinenko in his play Patriots, and Lucy Prebble – co-creator of I Hate Suzie – also wrote a stage adaptation of A Very Expensive Poison, Luke Harding’s book about Litvinenko’s death, which debuted at The Old Vic in 2019.

It’s also not the first time that a real-life murder has become the subject of an opera. Bolton can take some solace from the fact his less-than-favourable reviews pale in comparison to the reception of The Death of Klinghoffer, an opera based on the 1985 Achille Lauro hijacking, which was widely condemned as anti-Semitic and sympathetic to the terrorists when it premiered in 1991.

More favorably received true crime operas include Dead Man Walking, which debuted in San Francisco back in 2000 and – like the film of the same name – is based on Helen Prejean’s non-fiction book about her time with two murderers on death row, including serial killer Robert Lee Willie.

Its composer Jake Heggies also worked alongside Margaret Atwood (author of The Handmaid’s Tale) and Joshua Hopkins to create Songs for Murdered Sisters, an operatic tribute to Hopkin’s sister Nathalie who was killed by her abusive ex-partner. It got rave reviews, including The New Yorker describing the music as ‘tender and twinkling, haunted and sad’, and Interlude dubbing it ‘incredibly powerful, moving from visceral defiance to moments of introverted reflection’. True crime operas aren’t all bad, then.

Stream Litvinenko on ITVX from Thursday 15th December, or watch it on ITV when it airs in 2023. In the US, the series will be available on AMC+ from Friday 16th December.

Lost Big Bad Beetleborgs Pilot Would Have Ditched The Horrifying Flabber
The Last of Us: What Happens to Bill and Frank In the Game?
Arrow Season 6 Episode 16 Review & Reaction | AfterBuzz TV
Once Upon A Time Season 7 Episode 5 Review & AfterShow | AfterBuzz TV
Sci-Fi Short Film “The Kid” | DUST | Throwback Thursday